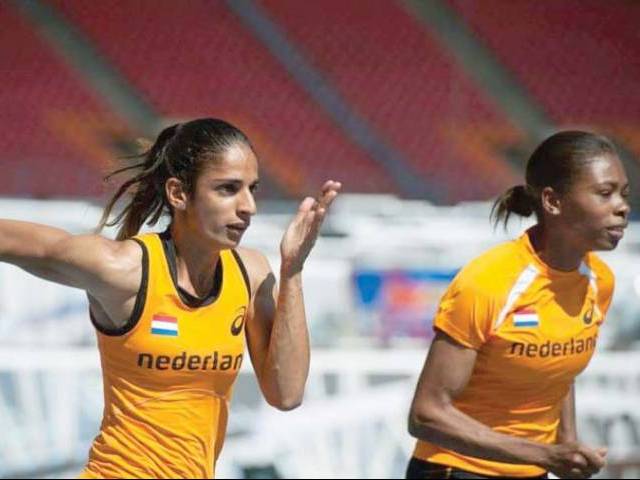 KARACHI: Madiea Ghafoor, possibly the first female Baloch athlete to compete at the Olympics, was unable to qualify for the final of the 4x400m women’s relay event in Rio as her team finished 12th overall in the heats on Friday.

The 23-year-old was representing the Netherlands in her Olympic debut along with her teammates — Lissane de Witte, Nicky van Leuveren, Eva Hovenkam and Laura de Witte — and clocked 3min 26.98sec.

The Dutch team was ahead of India, Romania and Cuba, while hosts Brazil finished bottom of the table.

Among the supporters, Madiea’s team was cheered by Pakistan too, as she is the granddaughter of Baloch activist Lal Buksh Rind and her parents belong to Lyari.

The Netherlands were slotted in heat one, in which US, Ukraine, Poland and Australia qualified for the final round. Jamaica, Great Britain, Canada and Italy booked their places as the top four out of eight countries from heat two.

US were the fastest team overall, clocking 3min 21.42sec, while Jamaica covered the distance in 3min 22.38sec and Ukraine were the third best with 3min 24.54sec.