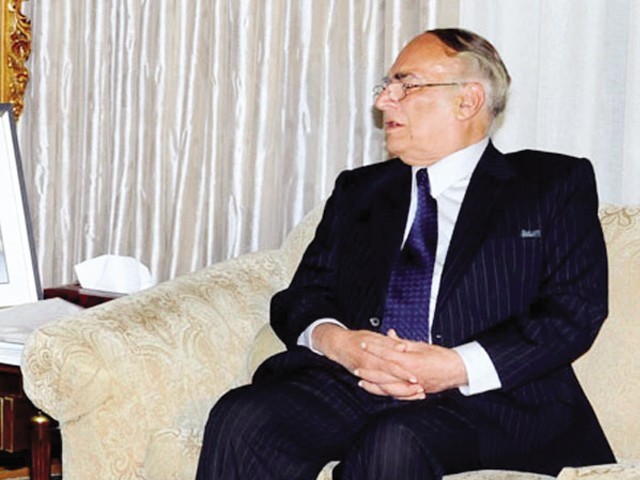 Served as senator, speaker and deputy opposition leader in the K-P assembly

Kausar, one of the prominent lawyers of the province, will replace the outgoing governor Owais Ahmed Ghani, who had completed his three-year tenure on January 8, 2011.

The governor-designate later called on President Zardari, who felicitated him on his new assignment and expressed hope that he will provide moral and political support in the fight against militancy.

The president advised him to pay special attention to the development of tribal areas and remove the sense of deprivation of the people of Fata, said the president’s spokesperson Farhatullah Babar.

As governor K-P, Kausar will also act as the president’s
representative for the Fata region.

“I shall concentrate on development, education and health in Fata, but this is not possible without peace in the region and therefore, maintaining peace will be my key priority as governor,” said Kausar while talking to The Express Tribune.

Born in southern district of Kohat on May 2, 1938, Kausar completed his BA from Islamia College Peshawar, and received his LLB degree from Peshawar University in 1960. He went to England in 1968 for his Bar at the Lincoln’s Inn.

He was elected president of the Peshawar High Court Bar Association in 1984 and has been an honorary visiting Professor of law at the University Law College, Peshawar.

Kausar will be the 28th governor of the province and the fourth belonging to the PPP.

He is also brother of the  renowned Urdu poet Ahmed Faraz.

One killed in Charsadda blast