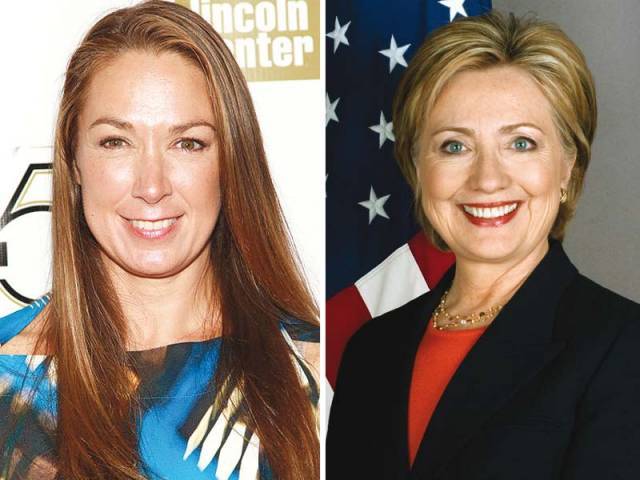 Gansa shared that just because they cast a woman (Elizabeth Marvel) to play the president-elect, it does not mean that they are sure Hillary Clinton will win in November. PHOTOS: FILE

While they have yet to shoot a single frame, stars Claire Danes and Mandy Patinkin and show runner Alex Gansa had a lot to talk about when meeting with reporters on Thursday afternoon at the Television Critics Association’s summer press tour.

As casting and teased log lines have implied, the sixth season will focus on US presidential elections — or rather, their immediate aftermath.

It takes place between Election Day and the presidential inauguration. But just because the drama, which tries to keep pace with current events, has cast a woman (Elizabeth Marvel) to play the president-elect, it does not mean that they’re sure Hillary Clinton will win in November.

“Every season, when we’re developing stories, we’re terrified of being counterfactual by the time we air,” The Hollywood Reporter quoted Gansa as saying. “This year, we’re hedging our bets a little bit. She’s a little bit Clinton, a little bit Donald Trump and a little bit Bernie Sanders.”

He continued, “If you listen to Trump, there are these people who run the government from administration to administration and they have completely screwed the world up. There is part of that in our president. There is also a little bit of Clinton, in terms of she’s a pragmatist and knows Washington from the inside.”

Touching on Trump specifically, Gansa noted that one of the many people they’ve consulted about is former National Security Agency head Michael Hayden. Hayden has been outspoken about the potential dangers of a Trump presidency.

“I think it’s fair to say there’s some concern,” Gansa stated. When asked why they chose New York over Washington DC, he pointed to it being Danes’ primary residence. They both also offered up that it naturally plays into a national security narrative. “The most life-altering, country-changing event in the world happened in New York on September 11,” offered Gansa. “We are still dealing with the reaction to that as a country. Someone might argue there was an overreaction in the aftermath … Those are the things we’re dealing with this season.”

The biggest question in the aftermath of Homeland’s fifth season was the fate of Rupert Friend’s character. And, despite Quinn seemingly dying in the last scenes, Friend is still listed as a series regular.

“Quinn is alive,” said Gansa of the character. “I can say that much, but we really want to be careful about revealing what his condition is. He suffered a major stroke last season. You are going to see a very changed and altered Quinn this year.”

Danes did not talk much about her character’s emotional storylines, but she did touch on her relationship with Patinkin’s Saul. “I think that they have diverged,” she said. “There has been a split that they’ve been working on repairing over the course of the last couple of seasons — to varying degrees of success. Saul has committed more to the agency, and Carrie rejects some fundamental principles of it. They are still profoundly bonded.”

As Showtime boss David Nevins announced in June, Homeland will get a seventh and eighth season. It could still go on after that — but when asked if he had an idea about an endgame, Gansa offered a shrug.