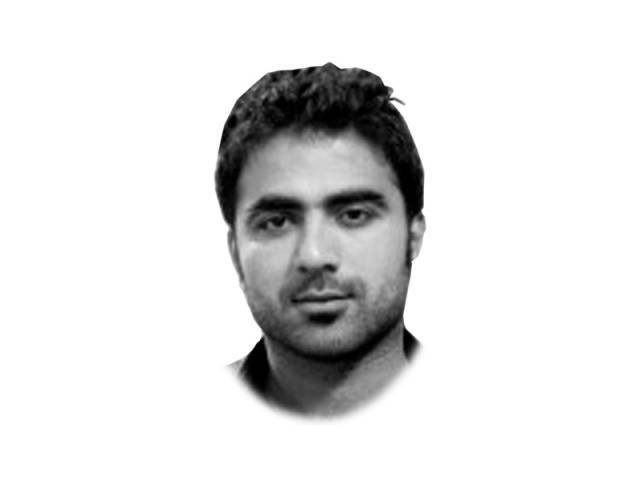 Balochistan will take decades, not years, to recover from Monday’s deadly suicide bombing in Quetta’s Sandeman Provincial Hospital, which claimed the lives of 74 innocent people and wounded 140 others. At least 50 lawyers were among the dead — a majority of them young and well-reputed. An additional district and sessions judge, Muhammad Ali, a former president of the Balochistan Bar Association, Baz Muhammed Kakar, and BNP’s general secretary’s son Dr Janzeb Jamaldini were among the dead. The list of slain dynamic lawyers goes on, and there isn’t any street or city in Balochistan or elsewhere in Pakistan which is not mourning the deaths of our intellectuals.

This wasn’t the first deadly terror attack in Quetta, but this time terrorists targeted a very vocal community of society which has been resisting injustices in the province, and elsewhere in Pakistan. I have never witnessed such a huge lot of educated and vocal people being targeted in this manner. Balochistan comprises half of Pakistan in terms of landmass but it’s only the Quetta valley that has opportunities for better education while the rest of the province does not have enough schools, colleges and universities. Many of the slain lawyers had come to Quetta from different parts of the province, some from very remote areas where provision of basic services is still a dream. I know of many families who struggled and worked hard to send their children to Quetta so that they could better their lives.

The people of Balochistan are really unfortunate as they are not spared from any kind of violence whether it is Taliban attacks, proxy wars, or sectarian or ethnic violence. Not all, but most of this violence has erupted over the past 15 years or so. The poor parents who lost their sons in the Quetta atrocity must have been happy about their children becoming lawyers and having decent jobs. They must have thought they would be safe given the nature of their jobs but they did not know that the government was expending all its energies to protect only important government functionaries.

Monday’s bombing affirms the notion that government representatives and the law-enforcement apparatus are unable to protect citizens from deadly attacks. Not a single profession or community has been spared by terrorists in Balochistan, whether it is journalists, lawyers, doctors, police, minorities or other small ethnic groups. I cannot help but fear that parents from remote areas of Balochistan will now stop sending their children to Quetta for higher education, following these frequent attacks. They would reason that it is better for their offspring to remain uneducated and alive rather than brutally killed at a young age.

A quick look at previous similar incidents raises several questions. In June, we saw the brutal killing of a law college principal, Barrister Amanullah Achakzai, in broad daylight. Another lawyer, advocate Janzeb Alvi, was shot dead in Quetta on August 2. These killings provided an indication that lawyers were now on the hit list of terrorists and vulnerable to attacks, but this was clearly ignored. Besides these targeted killings, the attack at Sandeman Provincial Hospital, also known as the Civil Hospital, was not something entirely new. There had been four such incidents reported earlier, one in the Police Lines area, another on the same hospital premises, the third at Bolan Medical College Teaching Hospital following the terrorist attack on Sardar Bahadur Khan Women’s University and another one at a snooker club in the Marriabad area. Each time, terrorists used the same plan and tactics and killed a large number of people, including some outstanding police officers. The Civil Hospital had previously been attacked by a suicide bomber after the body of a bank manager from the Hazara community was brought here. Eighteen lives were lost in that attack.

In the aftermath of the Quetta attack, we see that our leaders have issued statements based on broad generalisations. After each such incident in the past, they have done the same thing — issued condemnatory statements and ordered search operations in some localities. There have been reports about foreign spy agencies being active in Balochistan for years. What has the government done to protect its citizens from their nefarious designs? How does the police respond to such attacks? All it does is file an FIR against unknown persons, find body parts of the suicide bomber, and detain dozens of suspects for questioning.

Let’s have a look at what the government has been doing since 2010 to ensure Quetta’s security. There were initially 200 CCTV cameras installed in the highly vulnerable areas of the valley for surveillance, but only a couple of these are functional. A former spokesman for the Balochistan government has said that Rs2 billion were allocated to ensure Quetta’s security, but the government still lacks the capacity to utilise the funds despite the lapse of several years. In addition, there is a huge vacuum of experienced and senior police officers in Balochistan. Even those who are domiciled in the province or are locals of Balochistan prefer postings in Punjab. Former chief justice Iftikhar Chaudhry had made efforts to bring around 30 such officers from other provinces who got promoted on Balochistan’s quota; however, after a year, majority of these officers used their influence and returned to either Punjab or Sindh, as no one was willing to serve Balochistan. All they wanted were fake domiciles to get good key positions on this poor province’s quota.

The current government has increased the budget for maintaining law and order by 12 per cent — spending over Rs30 billion and prioritising it over education. What is the outcome? We are losing our well-educated people in return for compromising our education. The province is losing hardworking, educated individuals and does not have the resources to improve the poor state of education.

Securing the small Quetta valley should not be an impossible task. Sadly, however, we don’t see any will to make this happen, nor do we see any accountability on the part of those whose responsibility it is to protect us.