Was Pakistan created on August 14 or 15?

Was Pakistan created on August 14 or 15? 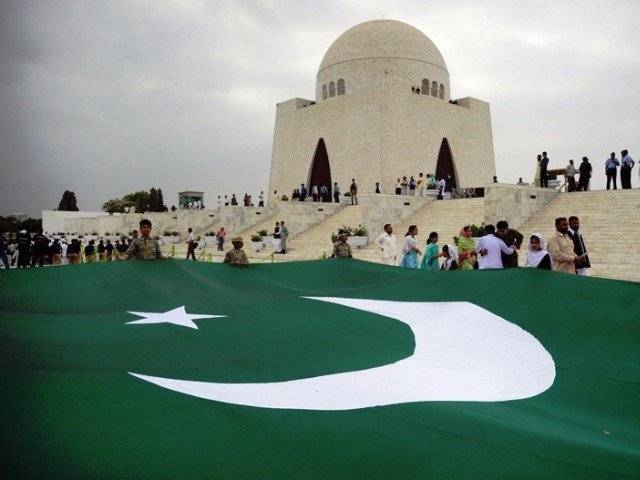 KARACHI: It’s that time of the year again. Millions of Pakistanis and Indians celebrate the historic moment they were no longer answerable to the British. But have you ever wondered why we celebrate the same independence on different days?

The actual date of Pakistan’s independence has been the topic of several newspaper articles and opinion pieces. While some argue that August 14 is the correct date, historical facts reveal otherwise.

“If we use logic, any kind of logic, August 15 is the day on which we should celebrate our independence,” says senior journalist Shahida Kazi in an exclusive interview with The Express Tribune. Kazi explained how Pakistan was created via an act of the Westminster parliament called the Indian Independence Act, promulgated on July 18, 1947.

The first clause of the act clearly stated, “As from the fifteenth day of August, nineteen hundred and forty-seven, two independent Dominions shall be set up in India, to be known respectively as India and Pakistan.” Offering a theory for the date change, Kazi explained how the speech to the Constituent Assembly of Pakistan by Viceroy Lord Mountbatten actually took place on August 14, 1947 in Karachi.

And since India had decided to hold its celebrations on the midnight of August 15, it would have been impossible for Mountbatten — who was still Viceroy — to be present in both Karachi and New Delhi on the same day. “Mountbatten administered the oath to Jinnah a day earlier in Karachi and then went to India. So this might be the point which struck them official. Even though the document says it’s the 15th they made it the 14th,” said Kazi referring to the Indian Independence Act.

Here are two screenshots of KK Aziz’s ‘Murder of History’ in which the date of independence is discussed. “Even Jinnah in his first broadcast to the nation said August 15 was the birthday of Pakistan,” Kazi said. Interestingly, the Quaid-i-Azam, as well as the Pakistan cabinet, also took their oaths of office on the morning of August 15, 1947.

Here is an excerpt from the first speech of the Father of the Nation broadcast live on national radio:  “August 15 is the birthday of the independent and sovereign state of Pakistan. It marks the fulfillment of the destiny of the Muslim nation which made great sacrifices in the past few years to have its homeland.” So why did our leaders chose to change the date? A lot have theorised but no one can say for sure.

“Why our leaders decided to celebrate it on the 14th is of course a different story altogether. They just probably wanted it to be on a different day than India,” Kazi said.

And while she thinks it was unwise to change the date of independence, Kazi believes the country’s leaders idolised Jinnah too much to question his decisions. “Jinnah said it is going to be on 14th, it is going to be on 14th,” the senior journalist said. And while The Express Tribune could not independently verify whether Jinnah gave the official order to make the change, it’s safe to say we won’t be changing our history books anytime soon.