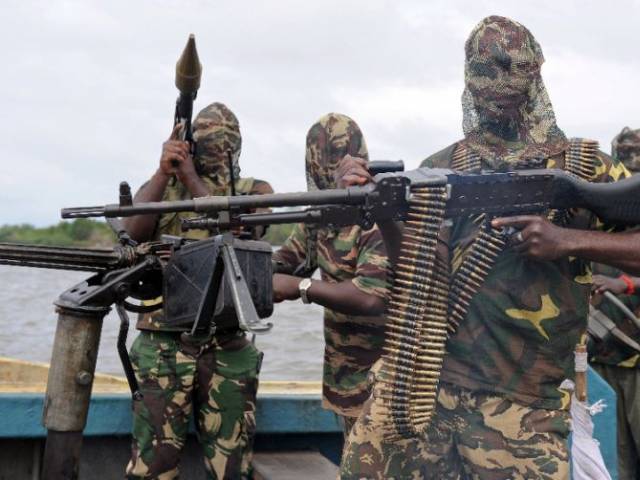 LAGOS: Militants have killed three soldiers in Nigeria’s southern Bayelsa state, in the latest violence in the restive oil region, the army said on Tuesday.

Gunmen attacked an artillery unit at Nembe Jetty on Monday morning, the army said in a statement. “During the incident, three soldiers lost their lives,” it said, adding that a manhunt has been launched.

Local media said the militants, who had been disguised as mourners to deceive the soldiers, also made off with gunboats and other military hardware as well as ammunition. Residents of the area were said to be fleeing over fears of a reprisal attack by the military.

Since the start of the year, the Niger Delta Avengers (NDA) militant group has claimed a string of devastating attacks on oil pipelines and facilities in the volatile region.Oil majors including Shell, Exxon, Chevron, Eni and the state-run oil group NNPC have been targeted.

The attacks have reduced Nigeria’s output by a third, hammering government revenue at a time of global low oil prices. The Avengers claim to seek a fairer share of Nigeria’s oil wealth for residents of the region as well as self-determination and political autonomy. They have rejected a government truce.