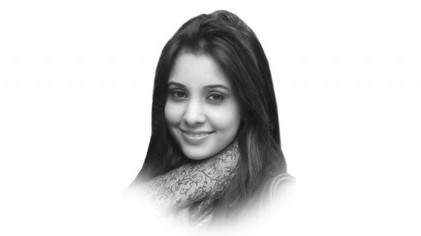 I recently read Salman Ahmad’s book, Rock and Roll Jihad – A Muslim Rock Star’s Revolution. I think I can say more about the title than I can about the content (which, at least in the beginning, is describing Pakistan through the eyes of a foreigner rather than as seen by him — unnecessarily glamourising everyday things like rickshaws and samosas.)

Rock and roll is not a part of Muslim culture or traditions or ethos. Its synonomous with sex and drugs and groupies. So what is a Muslim rock star?

I think I get it. The perception of Muslims has become one of intolerance towards music, entertainment and living your life the way you want, and people like Ahmad want to show the world this isn’t so – and I’m all for this. But instead of portraying that we have our own identity as Pakistani Muslims he has tried to portray himself, and to an extent us, as being no different than an average American or European. Well, he’s got that right – many of us reading this paper talk like them, dress like them, listen to their music, and watch their movies. And this is because we have the freedom to do so. Perhaps it would have made more sense if the title had been The Battle for Rock and Roll – A Pakistani Rock Star’s Revolution.

If you want to write a book with Muslim in the title, you need to be terribly careful about what you say because it is such a loaded word, what with all the Kasabs and Shahzads hell-bent on further tarnishing our reputation. Every piece of analysis on terrorists says that they have a warped view of religion, which is completely true. But what exactly is the correct view? We are grappling to come to terms with this whilst at the same time constantly justifying it to a world which, with every suicide blast, grows more wary of us. Ahmad’s book is an important contribution to this struggle.