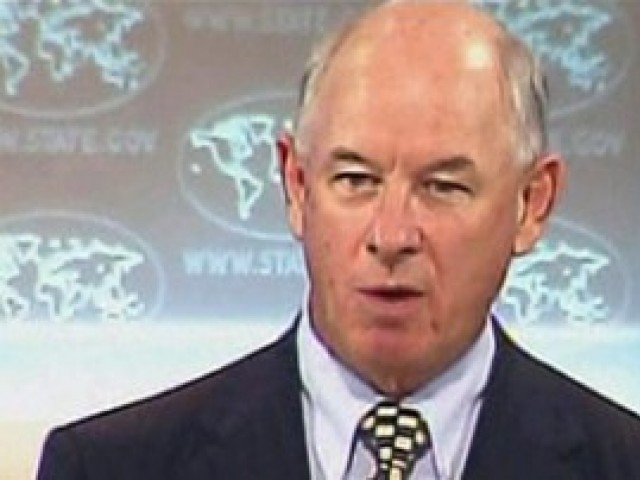 Philip Crowley says the US continues to make clear to Pakistan that Davis has diplomatic immunity.

WASHINGTON: The United States on Monday called the suicide of the widower of Muhammad Faheem shot by US citizen Raymond Davis “a tragedy” but renewed calls on the country to free the American. Shumaila, the wife of Faheem, took poisonous pills and died on Sunday in a hospital, doctors and police said.

“We are aware of this and it is clearly a tragedy for that family,” State Department spokesman Philip Crowley told reporters in Washington. But he added: “We continue to make clear to the government of Pakistan that our diplomat has diplomatic immunity; in our view, was acting in self-defence and should be released.” Crowley said the United States raised its concerns at high levels, including during a meeting Monday between President Asif Ali Zardari and US Ambassador Cameron Munter. Secretary of State Hillary Clinton also brought up the case during a weekend meeting with General Ashfaq Kayani, the head of Pakistan’s powerful army, at a conference in Munich, Crowley said.

Waived off loans: Give us the record or face the music, CJ warns State Bank