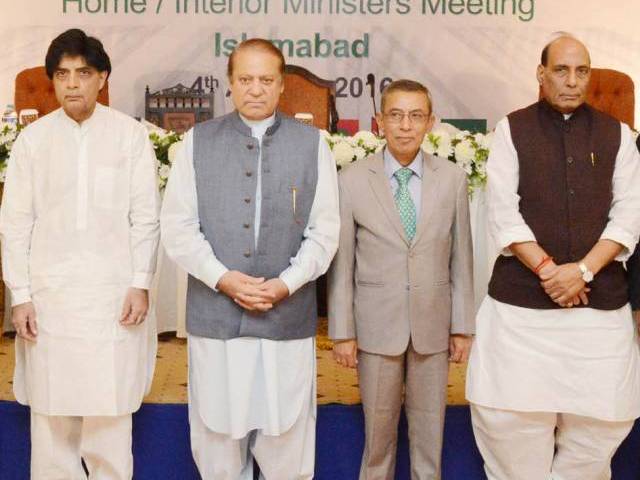 A group photo after SAARC meeting in Islamabad. PHOTO: PID

On paper, the South Asian Association for Regional Cooperation (Saarc) is exactly the type of organisation that the member states would derive considerable benefit from. Afghanistan, Pakistan, India, Nepal, Bangladesh, Bhutan, the Maldives and Sri Lanka are all nations at various stages of development, some more advanced than others. The membership covers three per cent of the global land area, 21 per cent of the world’s population and 9.12 per cent of the global economy — and it is a virtual and expensive irrelevance. Founded in Dhaka in 1985 and with a secretariat in Kathmandu it was the launchpad in 2006 for the South Asian Free Trade Area and it ought to be an engine of growth and change, but it is completely hamstrung by the dysfunctional relationship between India and Pakistan as its most recent meeting in Islamabad so amply demonstrates.

The omens were not good for months. India and Pakistan had been steadily ratcheting up the tensions and recent events in Kashmir brought matters to a rolling boil rather than the default position of ‘simmering’. Indian Home Minister Rajnath Singh on August 4 left the Saarc Interior Ministers’ meeting having been given the diplomatic equivalent of a ticking-off by his Pakistani counterpart Chaudhry Nisar Ali Khan. Mr Singh had indirectly accused Pakistan of sponsoring terrorism. Mr Khan, who was chairing the meeting at the time, relinquished the chair and spoke of the need for Saarc countries to differentiate between terrorism and legitimate freedom movements. Unsurprisingly, Mr Singh was having none of this and stalked off.

Whatever the merits or demerits on either side of the Kashmir dispute, it has poisoned the Saarc waters from the outset. The organisation has done nothing to ease the tensions between India and Pakistan, and emerges nowhere as an honest broker, and none of the other members has the heft to bring either of the protagonists to the table — and keep them there. No practical solutions have been advanced and with the two principal players not in the same playbook never mind on the same page, Saarc is a neutered talking shop. A natural ending? Perhaps — but at the very least a radical rethink is overdue.