We look at 13 pictur­es of events from around the world
By Multimedia Desk
Published: August 5, 2016
Tweet Email 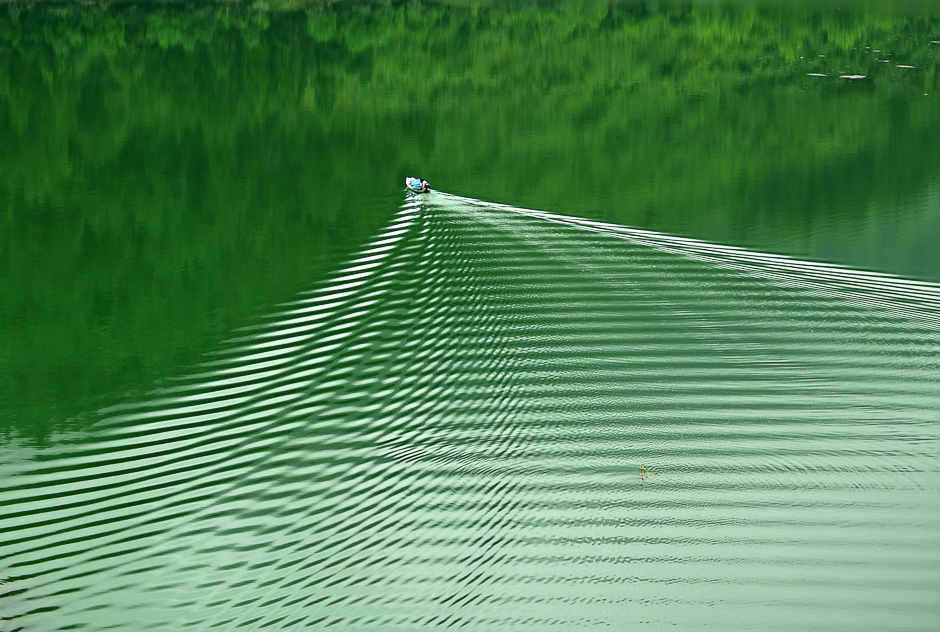 A man takes a fishing boat on a lake in Shi'en, Hubei Province, China. PHOTO: REUTERS President Barack Obama holds a news conference at the Pentagon in Arlington, Virginia, US. PHOTO: REUTERS Sightseers visit an incorporated oversized crop circle in a cornfield, not far from the small community of Mammendorf near Munich, southern Germany. PHOTO: AFP People watch as a forest fire burns out of control in Las Manchas, on the southwestern part of La Palma island, Spain. PHOTO: REUTERS A boy jumps from a diving tower on the shore of the lake Ammersee near the small Bavarian village Utting, southern Germany. PHOTO: AFP Swimmers practice during a training session at the Olympic Aquatics stadium ahead of the Rio 2016 Olympic games. PHOTO: AFP Close up of the feet of Rebecca Downie (GBR) of United Kingdom as she trains on the beam. PHOTO: REUTERS A damaged Art Nouveau facade designed by Belgian architect Victor Horta is pictured in a warehouse in the Brussels district of Schaerbeek after it was abandoned to squatters, Belgium. PHOTO: REUTERS A demonstrator is sprayed by a jet of water from a riot police vehicle during a rally called by students to protest against government education reforms in Valparaiso, Chile. PHOTO: REUTERS A photographer from the Self-Defense Forces takes pictures prior to a welcome ceremony for their new Defence Minister Tomomi Inada (not pictured) at the Defence Ministry in Tokyo. PHOTO: AFP The historic Sensoji temple (R) is seen in the foreground as the landmark Tokyo Skytree (L), the tallest structure in Japan, is illuminated in the yellow and green colours of the Brazilian flag in Tokyo. PHOTO: AFP