Levitating charger is what you need for your Apple Watch

Levitating charger is what you need for your Apple Watch

The Lift uses magnet­ic levita­tion to charge the smartw­atch while it is floati­ng in the air
By Tech Desk
Published: August 1, 2016
Tweet Email 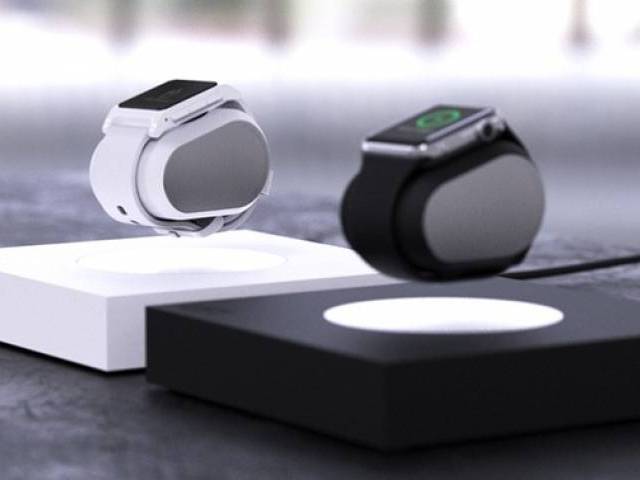 The Lift uses magnetic levitation to charge the smartwatch while it is floating in the air. PHOTO: LEVITATION WORKS

Apple entered the wearable tech market with the Apple Watch back in April last year. The device had a huge hype around it before its launch as some dubbed it a game-changer for wearable technology but the device seems to be losing its charm overtime.

Apple is trying to keep the Apple Watch line-up alive with timely updates and additional options for customisation every now and then and private developers aren’t lagging back either with their own products for the  smart watch.

The latest comes from Levitation Woks, which has launched a levitating charger for the Apple Watch.

Dubbed as The Lift, the wireless charger uses magnetic levitation to lift the smartwatch, keeping it in midair while it is being charged. The use of magnetic levitation in electronic devices has seen a surge, mostly in Bluetooth speakers, and the technology hasn’t been utilised for charging devices up until now.

Levitation Works launched a Kickstarter campaign for the product 52 days ago and has already crossed its $44,000 goal.

The device also works for Pebble smart watches meaning Android users can also have it.

Apple says one billion iPhones have been sold

In addition to looking good the device also comes in handy as the main charging unit can function as a portable charger for your smart watch that users can carry with them. Furthermore the lift base can also be used as a wireless charge if your phone supports that option.

The device is currently available for $149 during the Kickstarter campaign and will sell for $199 ones it is launched.

This article originally appeared on Kickstarter.