Police capture 14 of Europe's most wanted

Police capture 14 of Europe's most wanted

The leads provid­ed via the online platfo­rm played a direct role in locati­ng the fugiti­ves
By AFP
Published: July 29, 2016
Tweet Email 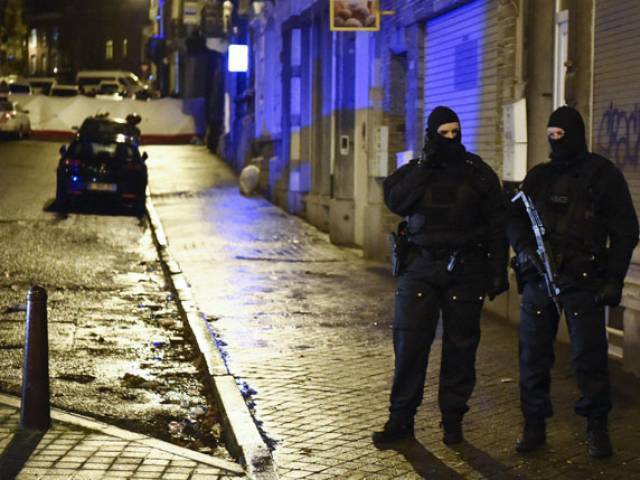 The leads provided via the online platform played a direct role in locating the fugitives. PHOTO: AFP

THE HAGUE: European police forces have tracked down and arrested 14 people on a “most wanted” list in the six months since its launch, many thanks to public tip-offs, officials said Friday.

“In at least eight of these arrests, the leads provided via the online platform played a direct role in locating the fugitives,” the European police agency, Europol, said in a statement.

Police forces from across the European Union came together to launch www.eumostwanted.eu after criticism over a lack of coordination in the wake of November’s militant attacks in Paris, which left 130 people dead.

#PR 8 out of 14 #EU #MostWanted fugitives arrested thanks 2U. Your contribution is key! https://t.co/khleNhFeYa pic.twitter.com/glp1JNgouV

Those now behind bars include Belgian-born Salah Abdeslam, a key suspect in the attacks, and Ibrahim Abrini, the brother of Mohamed Abrini, a Moroccan-Belgian implicated in both the Paris assault and the March Brussels bombings.

Their arrests were not directly linked to the website, which has received millions of views since it was launched on January 29.

But in February Romanian “yoga teacher and spiritual mentor” Gregorian Bivolaru, 64, was captured in a Paris book store after years on the run thanks to a tip-off.

AFP reported in June that a French court has ordered him to be extradited to Romania to face charges of exploiting children and child pornography between 2002 and 2004.

Bivolaru was targeted on the most wanted list along with other fugitives including a Belgian tracked down to Gabon, a Pole discovered in Malta and a wanted Swede located in Britain.

Italian mafia boss Ernesto Fazzalari, 46, wanted for murder, was captured in a remote part of Italy late last month after two decades on the run, according to media reports.

“Many of those on the list were caught in different European countries,” Europol press officer Tine Hollevoet told AFP, adding it showed the benefits of cooperation.

Twenty-eight of the original 45 names on the list still remain, and Hollevoet urged people to look again at the site as new names have been added.

“You never know if you will recognise someone,” she said.

Each national police force can post two people onto the list, and once someone is arrested their names and profiles are removed and a new fugitive selected.

A second woman has now been added to the list. Cypriot Efi Irodotou, 29, is wanted for murder after a 17-year-old boy died in a 2007 hit-and-run car accident in the island’s southern resort of Limassol.

She joins Cecilia Kettunen, 30, still wanted by Finnish authorities for “aggravated fraud… worth a significant amount of money”.

Men from different countries are also wanted on a variety of charges including rape, murder, extortion and drug trafficking.