Iranian men are wearing hijabs in solidarity with their wives

Iranian men are wearing hijabs in solidarity with their wives 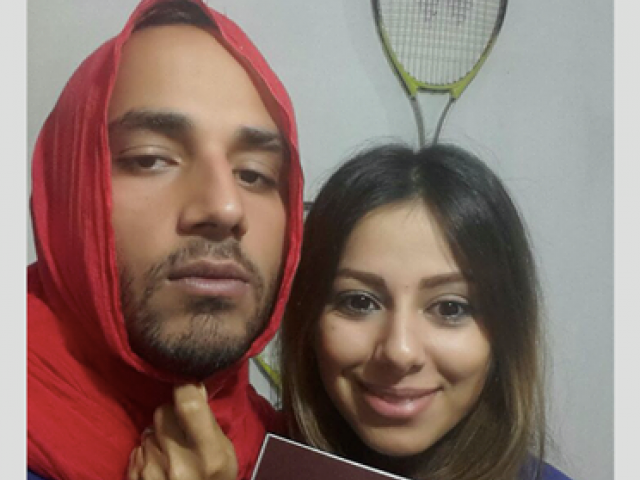 Iranian men are wearing hijabs in a display of solidarity with women across the country who are forced to cover their heads in public.

Covering the head was made mandatory for women in Iran after the Islamic Revolution in 1979. The morality police in the religious country ensure that no woman defies the law.

Those women who don’t observe the hijab face punishments such as imprisonment and fine by the conservative Islamic country.

Despite repression by Iranian regime, women have started protesting against the enforced hijab as many of them also shaved their heads and appeared in public to demonstrate the defiance.

However, the scene became startling when Iranian men started uploading their photos while wearing hijab next to their spouses. This was done after an Iranian activist Masih Alinejad urged men to support women in the struggle against enforced hijab.

Masih, the women behind My Stealthy Freedom, asked Iranian men to support her cause and upload their pictures along with the hashtag #meninhijab.

“Most of these men are living inside Iran and have witnessed how their female relatives have been suffering at the hands of the morality police and humiliation of enforced hijab,” she said.

“For years, from childhood to womanhood, we’ve been forced to wear the compulsory headscarf and have had to endure the loss of our dignity. Many men have gotten used to seeing women in compulsory hijab every day and you think that is normal. But for millions of Iranian women, this compulsory hijab is an insult to their dignity.

“In our society, a woman’s existence and identity is justified by a man’s integrity, and in many cases the teachings of a religious authority or government officials influence a man’s misguided sense of ownership over women. So I thought it would be fantastic to invite men to support women’s rights.”

Many men are sharing what was their experience while wearing the hijab and what their female relatives remarked after seeing them.

Some said after wearing the hijab they realised the male privilege or the freedom they had been enjoying while others questioned the restriction put by the state on women to strictly follow the rule.

The article originally appeared on The Independent