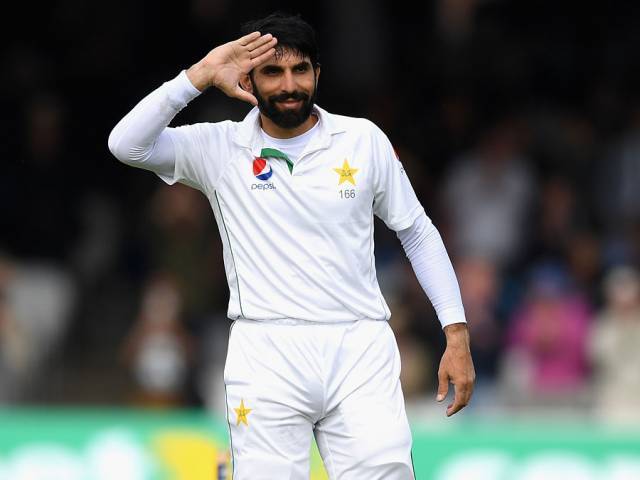 Pakistan chief selector Inzamamul Haq has backed Test team captain Misbahul Haq to continue as the leader of the team.

The 42-year-old, who is Pakistan’s most successful captain in the longest format of the game, earlier revealed his intentions of retiring from international cricket after the England series back in 2015, but changed his plans after the Pakistan Cricket Board (PCB) urged him to continue captaining the Test side in 2016, where the team will have away series in England, New Zealand and Australia.

Inzamam, who remains Pakistan’s most capped player, said that age does not matter as long as the player is as fit as Misbah, and believes that no one should be surprised if the 42-year-old continues to represent the Green Caps for sometime in the future. “I don’t think age is of any consequence or matter if someone is as fit and motivated as Misbah in professional cricket,” said Inzamam while talking to Press Trust of India. “The way he [Misbah] is playing now and looking at his fitness levels, no one should be surprised to see him around in Pakistan cricket for coming tours and series.

“His experience, leadership and batting form will continue to prove invaluable for Pakistan in the coming months.”

Inzamam, who also captained the team from 2004 to 2007, backed his selected players for the tour to bounce back from a crushing 330 runs defeat in the second Test at Old Trafford, and perform better in the remaining two matches of the series. “I firmly believe this team has a lot of talent and can bounce back in the two Tests,” he added. “Most of the players are playing in a test series in England for the first time in their lives.

“So I am not disheartened by the second test defeat because better touring sides than us have come to England and struggled in these conditions.”