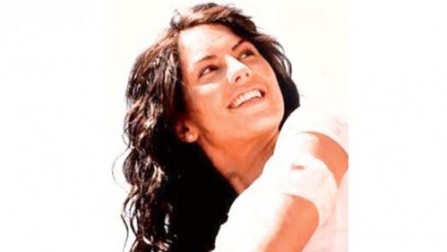 Barbara Mori has caused quite a sensation in India.(PUBLICITY)

Mori, whose debut Bollywood project Kites releases in May, says there were a number of things she had to get used to while working on the film. “People are always late on the sets and you are left waiting and the schedules don’t always work out,” the 32-yearold told the Reuters news agency.

“It wasn’t something I was used to, because that is not how things work back home but everyone on set was really sweet, so I didn’t really mind.” Mori, who became a model at 17, is an accomplished actor in Mexico and is looking forward to her first production – a play that stars her 12-year-old son. In the bilingual Kites, she plays a Mexican woman on the run who falls in love with an Indian man played by Hrithik Roshan.

Despite the bad schedules, the supermodel is ready for a second stint in Bollywood. “I don’t think a lot of people in the West know what a great place this is and the kind of work that is being done here,” says Mori, who has been offered another film in India. While she doesn’t see herself speaking fluent Hindi, Mori does speak a bit of the language already.

“The guys on set taught me choicest Hindi swear words, so those are the only words I know right now,” she says. “And that is the best way to learn any language, isn’t it?”

We are no better than KESC