The dinosa­ur left the track some 80 millio­n years ago
By AFP
Published: July 26, 2016
Tweet Email 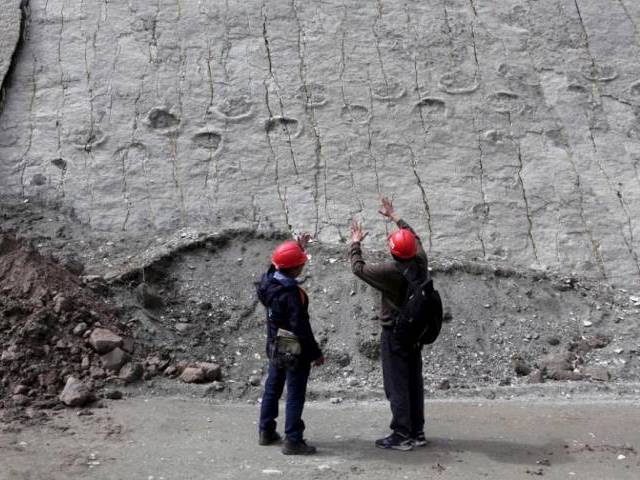 The dinosaur, from the Abelisaurid family, would have left the track some 80 million years ago, said the local paleontologist who found it, Omar Medina.

He made the find in southeast Bolivia, a hotbed of dinosaur fossils.

“It’s one of the largest prints ever found” in the South American country, he told AFP.

He estimated the dinosaur that left it, a carnivorous biped, would have been about 15 meters tall.

Huge dinosaur prints measuring up to two meters across have also been found in France and Argentina.

Baby born in Spain with Zika-caused microcephaly, first in Europe