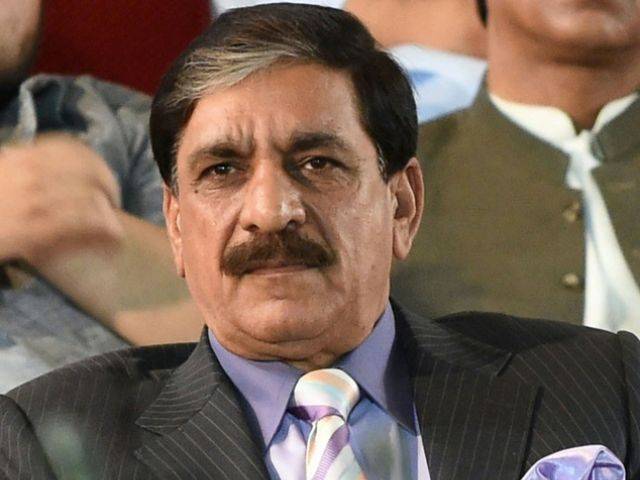 ISLAMABAD: Iran assured Pakistan on Monday that it would not allow a third country to sabotage relations between the two friendly neighbours following National Security Adviser Lt Gen (retd) Nasser Khan Janjua’s talks with his Iranian counterpart and Iran’s interior minister in Tehran on Sunday.

Janjua arrived in Iran on a three-day visit to discuss the current regional security situation, Pak-Iran bilateral ties as well as other matters.

Official familiar with the trip told The Express Tribune that Janjua was carrying a ‘special message’ from Prime Minister Nawaz Sharif for the Iranian leadership.  In the message, the premier is believed to have sought cooperation from Iran in preventing Indian intelligence agencies from using the Islamic Republic’s soil against Pakistan.

One source said Janjua would raise the issue of Indian spy Kulbushan Jadhav, who was arrested earlier this year from Balochistan. Investigations revealed that Jadhav operated from Iran’s Chahbhar port and often visited Balochistan and Karachi to carry out subversive activities.

Iran has denied these allegations, and following talks with his Pakistani counterpart, Iran’s National Security Adviser Ali Shamkhani said his country did not allow a third country to sabotage its relations with Pakistan.

“Shamkhani expressed deep concern about the practice of a certain government dispatching weapons and hiring terrorists to create insecurity on Iranian borders with Pakistan and affect Iranian relations with Pakistan,” according to the state-run news agency IRNA.

Shamkhani said the critical situation in the region, especially demolishing wave of terrorism, as a global complication, was a common threat for both countries. Iran and Pakistan must enhance level of cooperation and design joint mechanism to thwart the threats and take immediate measures to deal with the new security situation, he added.

Considering plenty of opportunities for cooperation and the decision of the presidents for deepening and expanding cooperation on issues related to the Muslim world, Shamkhani said the two countries never posed a threat to each other.

He underlined necessity to maintain and protect sustainable security on border areas and joint action plan on international campaign against terrorism, drug-trafficking, human trafficking, weapons smuggling and confrontation with bandits.

“It is regrettable that an Islamic state is spending its incomes to escalate conflict and promote terrorism in the region and establish relations with the Zionist regime secretly,” Shamkhani said.

Officially, Tel Aviv did not say what was discussed. However, the Jerusalem Post newspaper reported that Eshki was leading a delegation of ‘businessmen and academics’ on a mission to promote a stalled Saudi-led 2002 Arab peace initiative.

Pointing to unique position of Iranian and Pakistani ports in the Persian Gulf and Oman Sea, Shamkhani said the ports were complementary to each other, and a means to increase economic cooperation between the two countries.

He said Pakistan is seeking to expand security and economic ties with Iran. “Undoubtedly, current crises in Islamic countries come from long-term schemes of the enemies to ruin infrastructures, financial and manpower resources of Islamic countries to weaken the Islamic world,” he was quoted as saying by IRNA.

In a first, woman makes it to ECP