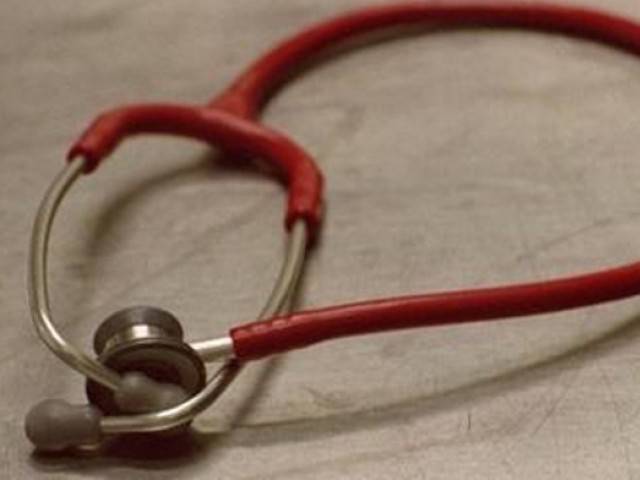 When contacted, the health department deputy secretary, Motasim, said action was taken only on the basis of absenteeism since this had become a habit for many employees who were not performing their duties. PHOTO: AFP

PESHAWAR: The Khyber-Pakhtunkhwa Ministry for Health initiated action against 1,990 employees of the health department for absenteeism at their respective facilities across the province.

According to official documents, a copy of which is available with The Express Tribune, explanations for failing to appear at work were sought from 824 health employees. Warnings were issued to 101, transfer orders were sent to 26, salaries of 27 health department employees were suspended, show-cause notices were issued to 15 and salaries of 972 people were deducted.

Out of the remaining 25 employees, some were ordered to resume duties at their original posts, others relieved to the general health services director for enquiry and the remaining were pending necessary action.

The health department had launched independent monitoring units (IMU) so that shortcomings of the graft body could be identified, burden on health facilities in urban areas be reduced and maximum facilities be provided for health centres in rural areas.

“We were surprised to see that a large number of employees remained absent from duties for months and would only show up to collect salaries,” a senior health official said, requesting anonymity. He added officials who had been working in the department for a very long time were also unaware of the situation.

The official stated the ministry wanted to provide facilities to health centres in rural areas and presence of staff was mandatory for this purpose. “It will never ease problems if you install machinery, but lack the technicians to run it,” he added.

The official also said another reason for identifying loopholes in the department was to reduce the burden on tertiary care hospitals and provide health facilities to public at the nearest possible place.

“The department is not only facilitating health centres, but is bringing accountability,” he said, adding at least 1,990 employees had been questioned and some had also been terminated from services. “This is something that has been done for the first time, I guess,” he said.

He added some action was taken following public complaints, but IMU officials also reported employees were absent from their duties without valid reasons, and that too for months.

According to official documents, the highest number of health department employees found absent from duties, 271, belonged to Lakki Marwat district.

At least 134 people were asked to provide justification for their behavior, while salaries of some 137 employees were deducted for failing to perform required duties.

Lakki Marwat was followed by Swat district where 206 health department employees had been absent from medical facilities for months. Nine of them were asked to explain reasons for their absenteeism, one was issued a warning and salaries of 196 others were deducted.

The documents also relieved services of six people—five from Abbottabad district and one from Battagram district—were terminated for prolonged absenteeism from their respective health facilities without valid reasons.

When contacted, the health department deputy secretary, Motasim, said action was taken only on the basis of absenteeism since this had become a habit for many employees who were not performing their duties.