Quratulain Balouch is back, or is she?

Quratulain Balouch is back, or is she? 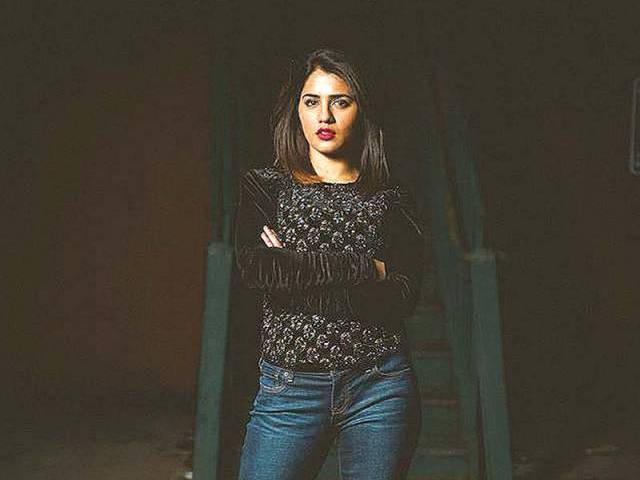 In the video, QB seems quite confident about her screen presence. PHOTO: PUBLICITY

Five years back, the singer got the break of a lifetime, one that a musician can only dream of getting today. Her first OST as a singer became the ‘Humsafar’ not only for the college girls and housewives who found their heart in Khirad and soul in Ashar, but also to the many fans of rock music in general.

We want to be entertained by female singers but won’t let our daughters sing: Quratulain Baloch

QB got owned by TV, a medium that remains to be the strongest in Pakistan despite cinema’s increasing popularity.

If that wasn’t enough, she got featured in Coke Studio, in a song of which a single line alone became the highlight and the most memorable aspect. However, that wasn’t enough for QB to take the flight an artist of her calibre really deserved. Wasting such an important opportunity also requires some talent.

What followed was a series of terrible decisions by the singer. Right away she went on to do a duet cover of Dekha Na Tha along with Bilal Khan and neither their vocals nor the cheesy chemistry worked out for any of them. She even went on to sing for a number of online music platforms launched by Lahore’s indie musicians, but that was like doing a crash landing after a smooth flight, and as expected, she didn’t make any waves.

Still thinking where she went wrong, QB returned to her roots by trying to fill in the void left by Reshma. She covered Ankhiyan Nu Rehn De and people loved it; they kept on listening to her again and again until another cover was uploaded by another artist on YouTube and Soundcloud.

By now, QB had quite confidently cemented an identity of a cover artist that was something that wouldn’t suffice any sane artist. Yawns.

Then came another Coke Studio appearance, and this time the song got extremely popular for good and for strange reasons. QB has Umair Jaswal to thank for everything. Although she did try to waste that opportunity as well, but perhaps someone or something woke her up from slumber. She finally decided to sell herself as a performer: a complete package of voice and beauty in her latest song Saaiyaan. By the way, this one comes just a month before the release of Coke Studio so we are glad that she has followed the better-late-than-never formula.

Her song is fresh, vocal range even more impressive and this time around, she is all dolled up like a desi girl. Perhaps a stylist and a good producer such as Salman Albert were all that she required to find her feet in the industry.

Chosen to release via EMI Records India for obvious reasons, QB has not only returned in style but has also shown that she is here to stay.

The video is well conceived, with a ravishing model like Rabia Butt as its face and QB as a singer-performer showing two very positive signs: first that, like a musician who means business, QB has returned with a proper music video and that secondly, she is quite confident about her screen presence. Perhaps, courage is the key to every successful career. We wish her the best of luck.