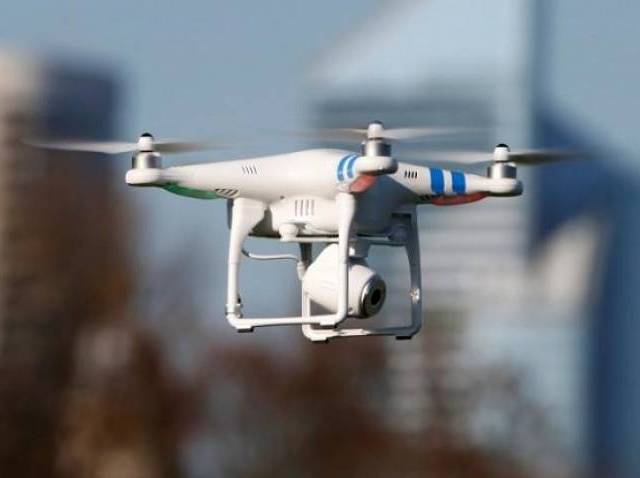 WASHINGTON: With a chicken sandwich, hot coffee and donuts, aviation history was made Friday.

These were among the items in the first drone delivery on US soil approved by aviation officials, made by convenience retailer 7-Eleven and the drone startup Flirtey.

The delivery took place in Reno, Nevada, with the items loaded into a special box for hot and cold food and flown to a local family.

“We’re absolutely thrilled to have 7-Eleven, the largest convenience chain in the world, embracing new technologies and working with us at Flirtey to make drone delivery a reality for customers all over the world,” said Flirtey chief executive Matt Sweeny.

“This is just the first step in our collaboration with 7-Eleven. Flirtey’s historic drone deliveries to date have been stepping stones to store-to-home drone delivery, and today is a giant leap toward a not-too-distant future where we are delivering you convenience on demand.”

Others include US online giant Amazon are also working on drone deliver, but this was the first in what could become a broader trend.

Flirtey is also working with drones to deliver relief supplies as part of humanitarian missions around the world.

But it also hopes to expand its partnership with 7-Eleven for convenience deliveries. Friday’s delivery also included store candy and its Slurpee iced drinks.

“Drone delivery is the ultimate convenience for our customers and these efforts create enormous opportunities to redefine convenience,” said Jesus Delgado-Jenkins, the retailer’s chief marketing officer.

“This delivery marks the first time a retailer has worked with a drone delivery company to transport immediate consumables from store to home. In the future, we plan to make the entire assortment in our stores available for delivery to customers in minutes.”

The Federal Aviation Administration this year updated rules allowing for some commercial drone operations in US airspace.