AIG found dead in his room in Islamabad

AIG found dead in his room in Islamabad 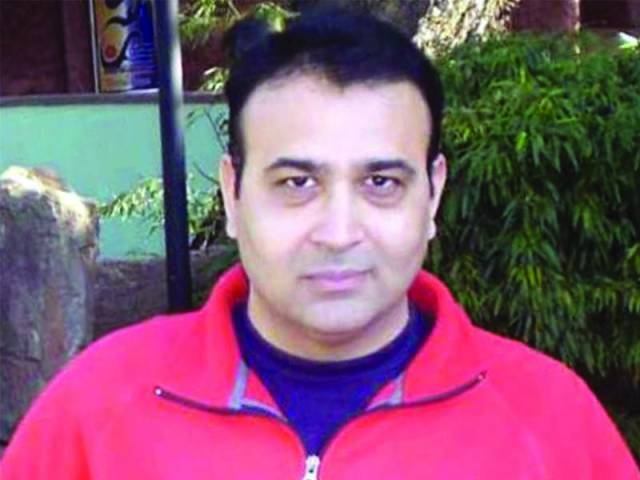 ISLAMABAD: An additional inspector general (AIG) of the Islamabad Police was found dead on Friday afternoon in his room in Police Lines.

Police officials said they found Operations AIG Asher Hameed dead in his room at the Police Lines Headquarters Officers’ Mess in Sector H-11. He was 48.

“He had gone home from work in the afternoon… his driver and cook found him lying face down on the floor of his room a few hours later,” Shams Colony SHO Khalid Mehmood Awan told The Express Tribune.

Hameed was bleeding from the mouth, the SHO said, adding that a post-mortem was under way when this report was filed — would clarify how the police officer died.

Hameed was found lying next to a sofa wearing shorts and a T-shirt and with blood near his mouth, police sources said.

Another police official said that he had drank a cup of tea shortly before he was found dead, and the door to his room was open.

A cause of death had not been confirmed when this report was filed, but police officials believed that a heart attack could be possible as he had a family history of heart disease. One of Hameed’s brothers died of a heart attack some six months ago, they added.

Hameed lived at the officers’ mess along with several other police officers. His family lived in Lahore.

The police informed the family and shifted the body to Pakistan Institute of Medical Sciences for postmortem.

Policeman killed as gunmen open fire on checkpoint in Islamabad

Hameed had recently been directed to report to the Establishment Division, which had transferred him to the Balochistan Police. He had not, however moved to Balochistan and taken charge at the time of his death.

Hameed had been serving in the investigation branch of the Punjab Police before being transferred to the Islamabad Police as an AIG in 2015.

Hameed is survived by his wife and two daughters.