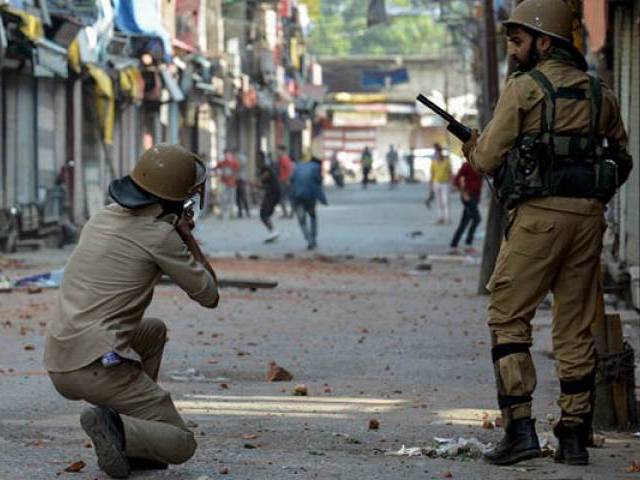 ISLAMABAD: Pakistan on Friday categorically rejected India’s claim that Indian Kashmir is an integral part of the latter.

“Jammu and Kashmir is an internationally recognised disputed state as per UN Security Council resolutions,” a Foreign Office statement said. “India has denied the oppressed people of Indian Occupied Kashmir their right to self-determination that its founding fathers had pledged at the august forum of the UNSC and is enshrined in its resolutions.”

“There is extreme pain and anguish in Pakistan on the brutalities being committed against the unarmed and innocent Kashmiri people, who are only exercising their right to peaceful protest. Unfortunately, the Indian response in IOK is an outrageous violation of international human rights and humanitarian laws, as well as UNSC resolutions,” the statement added.

“India claims to be a democracy, but has blocked all public speech, mobile phones, internet, cable TV and print and social media in IOK. Strict curfew remains in place in most parts of IOK.

Kashmiris in IOK are facing the worst form of state terrorism at the hands of Indian occupation forces. Innocent civilians including women, children and elderly are facing terrible atrocities, but are standing up to this reprehensible repression,” the FO said.

It added that India must permit the holding of a free, fair and impartial plebiscite to ascertain the will of the people of Jammu and Kashmir.