Terror­ism, cricke­t, Veena Malik and how to roll a joint while drivin­g were highli­ghts of writer Mohsin Hamid's talk.
By Jahanzaib Haque
Published: February 6, 2011
Tweet Email 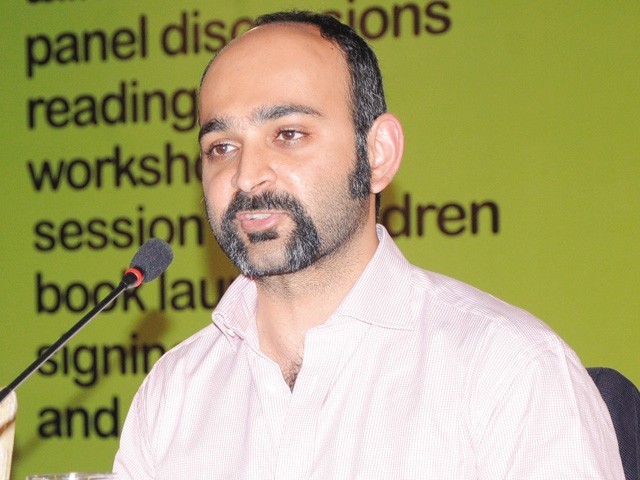 Terrorism, cricket, Veena Malik and how to roll a joint while driving were highlights of writer Mohsin Hamid's talk.

KARACHI: Terrorism, cricket, Veena Malik and how to roll a joint while driving were the highlights of writer Mohsin Hamid’s aptly titled ‘A Vision, a country’ talk.

Speaking to a jam-packed audience, Hamid, of Moth Smoke and Reluctant Fundamentalist fame, took a remarkably non-pretentious stroll through his thoughts on Pakistan and his life as an author.

“If you are a writer in Pakistan, these days, you are afraid,” said Hamid. “It doesn’t matter if it’s someone expressing themselves creatively or whatever. There is this weight and fear about the future, and that’s what I explore in my work.”

According to Hamid, this fear has been amplified by the global media, which has typified Pakistan as the “villain in the horror film.”

“There is a lot of interest in writing coming out of Pakistan. We play the role of Freddy Kreuger in the entertainment business that is the news. And of course, those horror stories have power for a global audience.”

Having returned to Pakistan to raise his daughter, a disarmingly frank Hamid admitted the transition had been difficult as “Pakistan is very different now. I read my own writings from 10 years ago and definitely there’s more sadness now. The situation has become sadder.”

Trying to resolve this “sadness” with his unbridled love for Pakistan seemed to be Hamid’s theme for the day.

The writer berated society for being too close-minded and living behind “complex illusions”, while simultaneously lauding Pakistanis for their diversity and ability to bounce back ala analogies to the Pakistan Cricket team.

“Our survival is like our cricket team. You always think we’re going to lose, but sometimes we end up winning. You can look at the team and you know, give it five years, let the corruption go and we could be the world’s best team. It doesn’t happen… but I’m still a Pakistan cricket fan.”

Responding to a question about the gushing positivity Hamid tends to exude in his articles in the print media, the writer admitted that, “At the risk of sounding like an idiot, I always look for something to be positive about. I feel there is so much negativity about Pakistan, I actively look for something optimistic to say, though maybe I do that just to make myself feel better. I am not always optimistic.”

The standard “what about the media’s role” question was also addressed by Hamid, who veered from depicting the current state of the local media as “vile, muck-raking, intellectually dishonest” to celebrating its diversity and growth.

Somewhat inevitably, Veena Malik cropped into the conversation, with Hamid terming her his new hero, to which the crowd responded with claps, cheers and a few groans.

“I wish we all had the courage and the guts to take a principled stand like Veena,” said a visibly enthused Hamid. “She beat mufti at his game… I am a bombshell actress, that’s what I do, so back off. It was so wonderful to see, partly because it’s so rare. Let’s not kid ourselves, there is a degree of pernicious self censorship in our society.”

In between the dialogue, Hamid interspersed his talk with “back patting” for other local writers including Mohammad Hanif and Daniyal Mueenuddin.

Hamid added that he was currently working on his third novel himself, and was looking forward to the film adaptation of his book The Reluctant Fundamentalist, which would begin shooting in April under the direction of Mira Nair (of Salaam Bombay fame).

Closing off with a reading from Moth Smoke focused on the craft of rolling a ‘desi joint’ in Lahore, Hamid’s principal message seemed to be one of positivity tempered with ironic musing: “Our immense potential is usually undermined by us.”