British Council library opens its doors for all

British Council library opens its doors for all

It will be a vibran­t cultur­al hub for people from Pakist­an and UK, says Sindh govern­or
By Our Correspondent
Published: July 22, 2016
Tweet Email 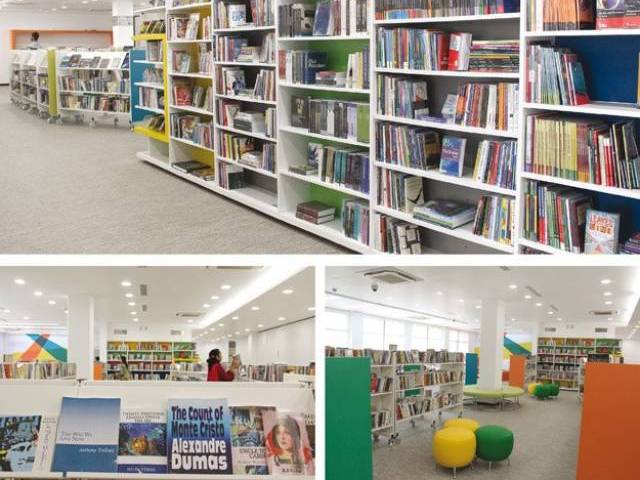 KARACHI: The British Council library, which held its official inauguration on Thursday afternoon, symbolises the strengthening of cultural ties between the United Kingdom and Pakistan.

“This historic moment has come after [a void of] 15 years. The culture of Sindh dates back to the time of Indus Civilisation, and today we plan to preserve that heritage, “ said Sindh Governor Ishratul Ebad Khan after inaugrating the library.

Speaking about the library, he remarked “This will prove to be a vibrant cultural hub for the people of the two countries [Pakistan and UK].”

When the British Council’s first library was shut down, it remained out of sights but never for a moment did it vanish from our minds, he said. He praised the efforts of the two former British deputy high commissioners in the city, Francis Campbell and John Tucknott, for paving the way for the library in the city.

“We have had a strong reading culture in our midst with Frere Hall grounds supporting and promoting book reading culture as well as Koocha-i-Saqafat. We plan to have good libraries in the city too, in the near future,” said the governor.

British Council library to make a comeback with 10,000 books

Earlier on, British Council country director Jim Booth while welcoming the governor said the library seeks to foster student-teacher relationship and to serve the “brightest of the bright minds in the country”. He further said, “When 9/11 happened, in its aftermath it was a bad decision to close down the library. [However, as of today] We need to see how to appeal and attract the young people to this library. It’s just not a place of books but a place where we can all be creative.”

It was the hard work of former British Council country director Peter Upton that this project finally materialised, remarked Booth, adding that a digital library will also be launched on Saturday.

The new British deputy high commissioner, Belinda Lewis, said it felt great to see the library up on its feet. Reminiscing her childhood, she said, “Way back in the day, I used to frequently go to the library in my hometown, then later as a young adult I would go to a place near River Thames in London from where I used to borrow books, that was my Sunday feat. Now, I can clearly see myself as a regular visitor to this library.”

The evening came to an end with artists Sunil Sankar and Joshinder Chagger performing ‘Conversations 2016 – a Love Letter to Karachi’.

Karachi police gets rap on knuckles from SC