State of Economy: Unemployment, low productivity and absence of trust

State of Economy: Unemployment, low productivity and absence of trust 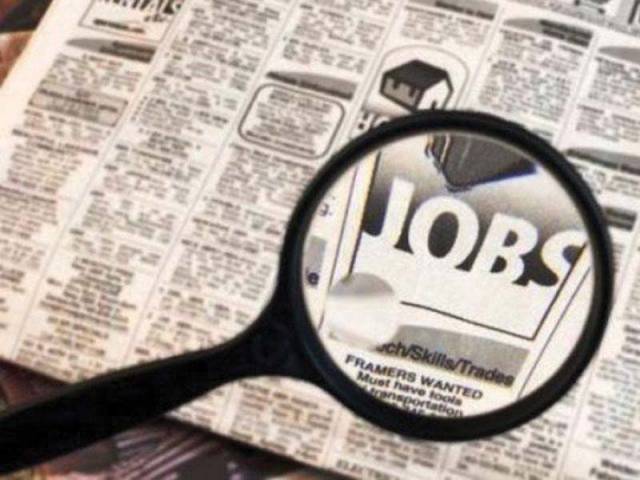 LAHORE: Much has been written on the Pakistani economy from the perspective of macroeconomic stability.

However, hardly any analysis and commentary discusses the state of economic stagnation which has started to frustrate the young aspirant population since decent job creation has become a big challenge for successive governments.

Fiscal year (FY) 2015-16 ended with a mixed performance. The much touted GDP growth rate of 4.7% reflects overestimation which would be downgraded in due course as has already happened in the last couple of years. Inflation, fortuitously, remained low due to low international crude oil and commodity prices. However, the challenge of unemployment is quite daunting.

Although the official reported unemployment of 5.9% reflects a healthy state of economy, yet the reality is quite different. Interestingly, the way unemployment is defined also helps in decreasing the rate. A person is considered unemployed if he doesn’t work at all in the reference week as per official definition. This definition requires modification to cater to the emerging needs of the population. The unemployment rate also decreases if labour force participation rate decreases. Our labour force participation has fallen to some extent which has decreased the unemployment rate.

Usually, developing economies face the problem of disguised unemployment where people end up in low productivity jobs and a low productivity job won’t increase the standard of living of people, therefore people become entrapped in perpetual poverty. On this front, official documents are silent. In addition, the growing informality of economy has increased in the last decade.

This growing informality reflects the psychology of people. Our business and or enterprise managers don’t trust the government therefore, they want to remain in the informal sector. They want to maintain double books, hide bank accounts, prefer cash dealings, invest in land and even transfer money abroad.

CPEC to cause unemployment in Gilgit-Baltistan

The other side of the story

The lack of political will and commitment on part of successive governments gives rise to problems in tax policy and governance. The evidence is that government keeps on extending the deadline on filing tax returns for traders. In the absence of meaningful reforms in the tax system, the current government heavily relied on indirect taxation such as GST, customs and withholding tax regime which helped in achieving the revenue target.

These measures create an environment of distrust and create further distance between the government and the business community. Although revenue target has been achieved through indirect measures, it decreases the marginal propensity of people to consume, which in turn dampens the aggregate demand. The dampening of aggregate demand also tames inflation.

Exports are on the downhill and most media commentators and even the IMF have come up with a solution — devalue the currency. The devaluation of currency may provide oxygen to the ailing export sector, however, its effects will be neutralised very quickly. The current government availed US denominated loans and would like to stabilise the currency to avoid any exchange rate loss arising out of high debt payments since it would increase the external debt burden.

Under this setting, the productivity challenge is becoming insurmountable with the passage of time.

Road mapping for success: from start-up to scaling-up