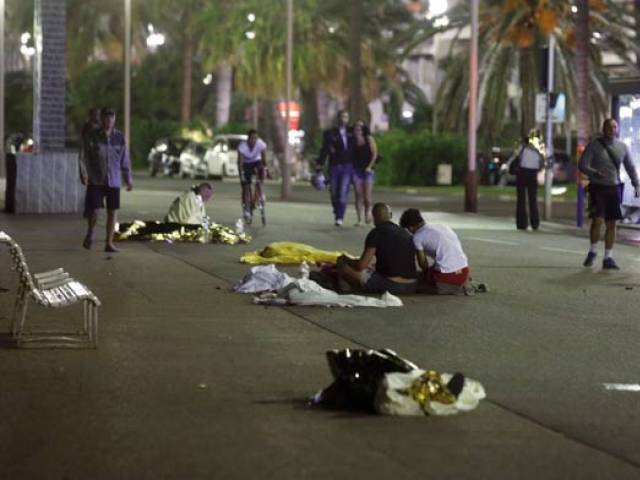 FRANCE / NICE: An attacker ploughed a truck into crowds celebrating Bastille Day on the French Riviera, killing at least 84 people in what President Francois Hollande called a terrorist act by an enemy determined to strike all nations that share France’s values.

The driver, identified by police sources as Mohamed Lahouaiej Bouhlel, a 31-year-old Tunisian resident in France, also appeared to open fire before officers shot him dead. He was known to the police in connection with common crimes such as theft and violence but was not on the watch list of French intelligence services, the sources said.

French authorities were trying to determine on Friday whether had acted alone or with accomplices, but said the attack bore the hallmarks of militants.

The truck zigzagged along the seafront Promenade des Anglais in the city of Nice as a fireworks display marking the French national day ended on Thursday night. It careened into families and friends listening to an orchestra or strolling above the beach on the Mediterranean Sea towards the grand, century-old Hotel Negresco.

After visiting victims at Nice’s Pasteur hospital, Hollande said about 50 people were still in a critical condition. The dead included many children. At least two Americans and one Russian were among those killed. At the hospital, medical staff were treating large numbers of injuries.”

Early indications were that the attack was the work of a lone assailant. Tunisian security sources told Reuters the suspect had last visited his hometown of Msaken, about 120km south of Tunis, four years ago. He was married with three children, and was not known by the Tunisian authorities to hold radical or Islamist views.

“France is filled with sadness by this new tragedy,” Hollande said in a dawn address. “There’s no denying the terrorist nature of this attack.” Only hours before the attack, he had announced plans to lift a state of emergency in place since November, when Islamic State gunmen and suicide bombers struck Paris entertainment spot on a Friday evening, killing 130 people.

Prime Minister Nawaz Sharif on Friday strongly condemned the attack in Nice. “Our hearts and prayers are with the victims of the attack and their families,” he said in a statement issued by the Prime Minister’s Office.

“Being the frontline state in the war against terror, Pakistan itself has suffered immensely and has seen a series of tragedies. We share the pain and grief of French people at this critical juncture,” he said, praying for the swift recovery of those injured during the attack.

Reiterating Pakistan’s condemnation of terrorism in all its forms and manifestations, the premier added that “Pakistan stands firm against every act of terror wherever it is perpetrated.”