The change in base year to measur­e econom­ic growth (GDP) has given the desire­d result of the number­s game
By Salman Siddiqui
Published: July 20, 2016
Tweet Email 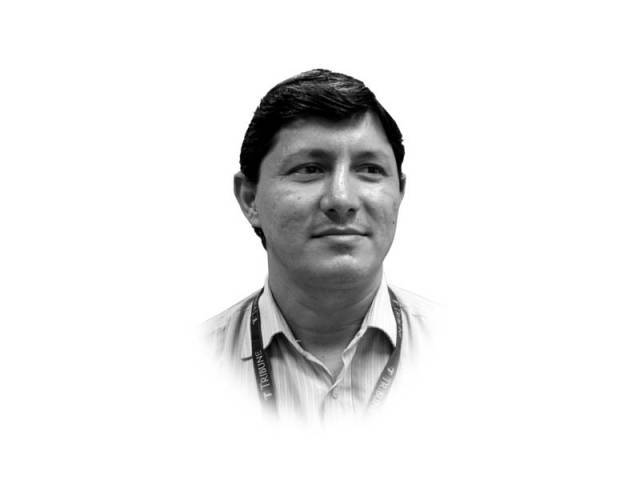 The International Monetary Fund’s loan programme (Extended Fund Facility) worth $6.6 billion, has provided much-needed support in dragging the ailing local economy out of crisis. With this and the ever-increasing remittances sent home by Pakistanis living abroad, our foreign exchange reserves have improved to the volume of over $21 billion.

Can Pakistan maintain its foreign exchange reserves on the higher side and would it continue to enhance its capacity for imports once the IMF’s three-year loan programme ends in September? Sustaining such improvement may be difficult if the forecast for a decline in remittances comes true, with expected cuts in job opportunities amid a drop in development budgets in troubled oil exporting countries. As a matter of fact, Pakistan attracts some 65 per cent remittances from oil exporting GCC countries.

Yes, Pakistan may be in hot water as it has not made the necessary reforms in the economy. It has not fixed two major sectors: industry and agriculture. Textile, the biggest industry of Pakistan, is passing through tough times. This has led to a decrease in exports. The decline in exports is widening the trade deficit and impacting the capacity for imports. Besides, we did not diversify our exports.

Moreover, the agriculture productions have experienced a drop in per acre yield in many major produces, including cotton and sugarcane. The ever-increasing cost of agri-production has made our produce so expensive that we failed to export surplus sugar and wheat. Low cost of production has enabled our competitors to compete in world markets. We need to learn from them.

The change in base year to measure economic growth (GDP) has given the desired result of the numbers game. Yet we are far from the required growth rate of six to seven per cent that is a must to accommodate all the new entrants of about 1.5 million to two million in the job market every year.

The real, positive and sustainable change in the economy would come from increased investment in productive sectors. The regulators should make banks realise that they need to provide increased credit to the private sector instead of investing huge amounts in government papers, as the private sector would create the job opportunities in demand. Policymakers should also formulate a policy to avail soft loans to the SME sector, which remains the engine of growth and job-creation in many economies of the world.

Job creation should be the prime objective of all policymaking as this would play against all odds on any fronts of the economy.

A promise to my country