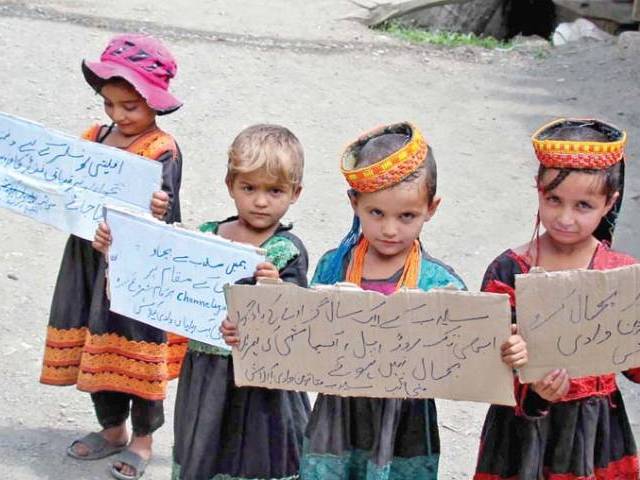 CHITRAL: The women and children hailing from the Kalash tribe have flayed the government for not reconstructing damaged roads and bridges that were destroyed during torrential rains and floods.

A large number of people held a peaceful demonstration in Chitral on Sunday.

The protesters pressed the relevant authorities to reconstruct the roads and bridges and provide them their basic right. They also urged the government to provide them bare necessities, including electricity.

On the occasion, the protesters said the floods had changed the shape of Chitral by causing massive destruction.

“However, the government failed to address our grievances and improve the infrastructure of the valley,” one of the protesters said.

They said the government had turned a blind eye to their concerns even though they had repeatedly requested them for help.

The protesters also complained heavy rain and floods had disrupted power supply in the region. “The negligent behaviour of the authorities has compelled locals to live in darkness,” another protester said.

They added funds provided by the government were only used in upper parts of Chitral, while lower parts of the district were reeling under a spiral of neglect.