UN sea law lays down the rules for the planet's oceans

UN sea law lays down the rules for the planet's oceans 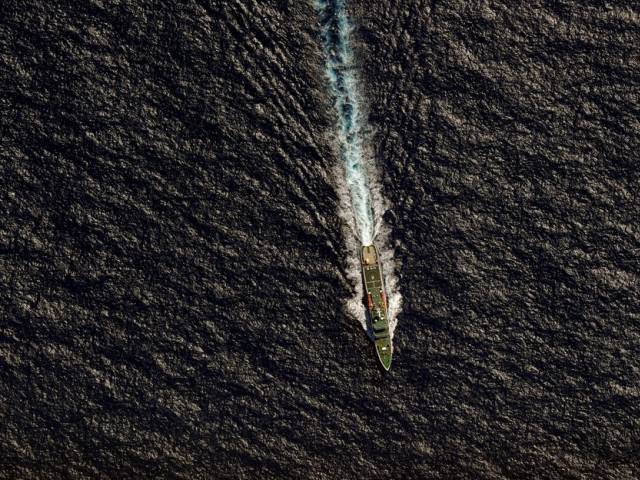 THE HAGUE: Centuries before international laws, pirates ruled the high seas, plundering and pillaging wherever they went.

Into this dangerous, unruly seascape steamed the United Nations Convention on the Law of the Sea, which will be the basis for a historic court judgement on Tuesday in a dispute between China and the Philippines over the South China Sea.

Here are the answers to four questions about the obscure convention known by its acronym UNCLOS:

With at least 320 articles and nine annexes, the convention covers all aspects of regulating the planet’s vast oceans and maritime waters.

It is the authority on everything from national sovereignty over the exploitation of natural resources, navigation and disputes between nations.

According to the UN website, the convention “lays down a comprehensive regime of law and order in the world’s oceans and seas, establishing rules governing all uses of the oceans and their resources.”

For many centuries the only law of the seas was brute force. In the 17th century, a country’s rights over the seas were limited to “a narrow belt” extending from its coastline.

“The remainder of the seas was proclaimed to be free to all and belonging to none,” the UN says on its website.

But by the second half of the 20th century, new technologies, modern oil and gas extraction methods, and a booming population gave rise to growing tensions around lucrative fishing grounds and competing demands for the rights to precious resources.

In 1945, the United States unilaterally extended jurisdiction over all resources over its continental shelf, which led to similar moves by Argentina, Ethiopia, and Saudi Arabia as well as the scattered archipelagos of Indonesia and the Philippines.

By late 1967 the dangers were numerous — from nuclear submarines plumbing the sea depths to ballistic missiles and increasingly frequent oil spills.

In the face of this “looming conflict that could devastate the oceans,” Malta’s ambassador to the UN, Arvid Pard, called for “an effective international regime” over the seabed.

The first conference on the Law of the Sea was held in New York in 1973. For nine years, delegates argued and bartered as they drew up the text.

The UN General Assembly finally adopted the convention in April 1982. Signed by 150 countries and ratified by 67, it entered into force in November 1994.

The convention also established the Hamburg-based International Tribunal for the Law of the Sea (ITLOS), which along with the PCA and the International Court of Justice can rule on matters brought under UNCLOS.

Among other cases, in 1999, ITLOS laid down annual quotas for bluefin tuna catches in a bitter dispute between Australia, Japan and New Zealand.

In 2015, the PCA ruled under the UN convention that Russia must compensate the Netherlands over the 2013 seizure of Greenpeace’s Arctic Sunrise ship during a protest against Arctic oil drilling.