Modi and the Gujarat model of governance

Modi and the Gujarat model of governance

The highes­t ranked minist­ers in India are, strang­ely, junior and do not have cabine­t rank
By Aakar Patel
Published: July 9, 2016
Tweet Email 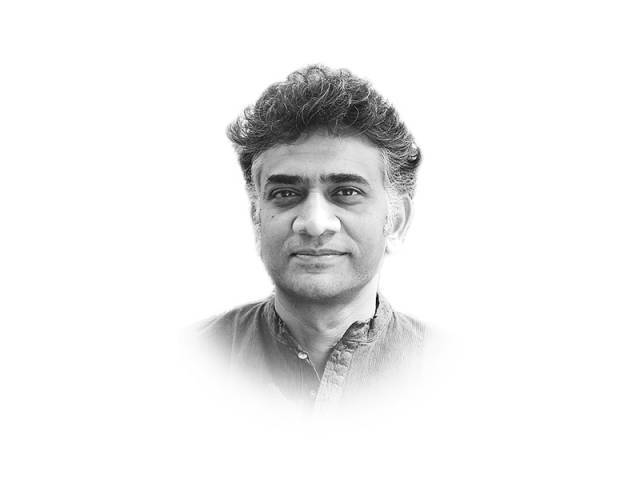 The writer is the editor and translator of Why I write: Essays by Saadat Hasan Manto, published by Westland in 2014. His book, India, Low Trust Society, will be published by Random House. He is Executive Director of Amnesty International India. The views expressed here are his own aakar.patel@tribune.com.pk

News channels often ask me to grade ministers on their performance. They send a paragraph or so on the achievements of the various ministries and one has to give the minister a score. When the show is aired I can observe what rankings others have also given.

Four ministers who consistently get ranked highly are Piyush Goel (power, coal, new and renewable energy), Nirmala Sitharaman (commerce and industry), Dharmendra Pradhan (petroleum and natural gas) and Prakash Javdekar (environment). The unusual thing about them is that they are all ministers of state. Meaning that they are junior and do not have cabinet rank.

This fact did not change when Prime Minister Narendra Modi expanded his cabinet a few days ago. Many people were brought in and the cabinet has become a cupboard. But only one minister was given a promotion from minister of state to cabinet minister. That was Prakash Javdekar. He was promoted but his portfolio was changed. He has been made minister for education (also called human resource development).

The new minister for environment, forests and climate change is Anil Madhav Dave. He is, like Javdekar was, not of cabinet rank but a minister of state. My observation is that this is a continuation of something Modi has practised for the last decade and a half since he became chief minister of Gujarat.

He selects certain portfolios that he has personal interest in, and he does not give them to a senior leader. The responsibility is given to a junior minister who then directly reports to Modi or to the small team of bureaucrats working with Modi. I noticed this first in Gujarat where Modi worked mainly with two ministers, Saurabh Patel and Amit Shah.

For the dozen years that Modi was chief minister, Patel was minister for industries, mines and minerals, petrochemicals, ports and energy. These are vital ministries, especially in Gujarat which is one of India’s most industrialised states. Patel’s portfolios addressed the business interests of five groups of companies, Tatas, Essar, Adani, Ambani and Torrent. The Gujarati media laughingly referred to Modi’s task as being similar to that of the Mahabharat’s Draupadi, who had five husbands to keep happy.

If the portfolios he was handling were important, and clearly they were, why was Patel not given cabinet rank? Because, in my opinion, Modi wanted to retain ultimate control over the decision-making process in these ministries.

Of course it is true that all ministers reported to Modi ultimately in Gujarat just as all of them report to him in Delhi today. However, the fact that the cabinet rank is withheld means that the minister must check with Modi’s office first before cabinet approval is given to major decisions.

Similarly, though he served Modi for many years devotedly as home minister, Amit Shah was never given cabinet rank. From the time that he was appointed till the time he was forced to step down because of an alleged scandal, Shah was minister of state. He was in charge of the police and it is not difficult to imagine why Modi wanted to keep a close eye on the work happening there.

When Modi became prime minister, I had predicted that he would keep the same control over all these ministries by only appointing ministers of state to look over them. This has proved to be the case. I was wrong in assuming even the ministry of home would remain under Modi. The minister there, Rajnath Singh, has cabinet rank.

However, a senior bureaucrat pointed out to me when I spoke about this, that the nature of the home ministry is different at the centre. It does not have control over the police because that is a state subject and therefore it is far less important a ministry in Delhi, though it is seen as one of the top three portfolios.

So far as the other departments go, especially energy, mining, petroleum, coal and industries these are vitally linked to Modi’s mantra of ‘development’. The environment ministry is important because an activist minister can block projects. Modi believes that he must retain operational control over these areas and all of the changes in policy that he seeks must be effected without resistance.

This is why though the ministers in these vital areas are extremely talented, they are not given cabinet rank. Interestingly, Saurabh Patel was finally made a cabinet minister in Gujarat after Modi left. It may be the case that the holders of the portfolios I have named may ultimately be given cabinet rank.

But for now it seems clear to me that Modi is following the Gujarat model of governance at least, in part, in Delhi.