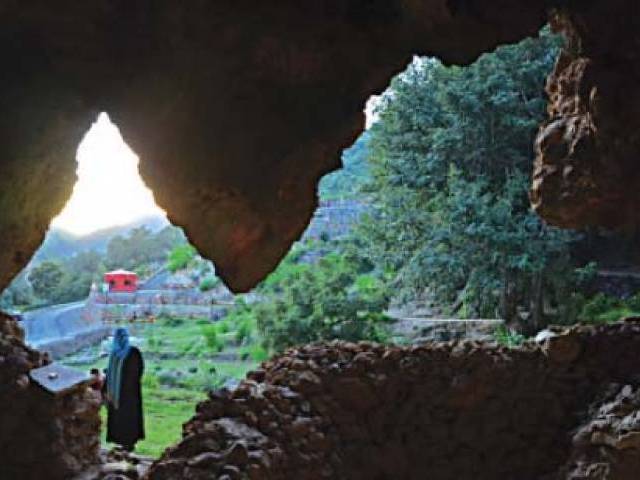 Shah Allah Ditta caves have been suffered due to the negligence of the authorities. PHOTOS: FILE

ISLAMABAD: The ancient heritage sites, which date back to thousands of years are slowly crumbling or eroding due to the lack of interest of the Capital Development Authority (CDA) and unchecked commercial activities.

The “3000 years old” Shah Allah Ditta caves are practically in ruins due to the negligence of the authorities, Archaeological and Historical Association of Pakistan (AHAP) Chairperson Dr Ghazanfar Mehdi said.

He added that CDA was told to make a feasibility report for the restoration of the site previously, but to no avail.

The AHAP head also stressed the need for the preservation of the 650 years old Shah Allah Ditta shrine located in Sector D-12.

Mehdi said that commercial activities and construction have also damaged Panj Pir shrine which is located near Zero Point.

He added that the shrine of Syed Mehmood Shah, the father of Bari Imam is locked by the authorities which are irking visitors.

“The shrine of Mehmood Shah is now being used as a taxi stand which is a matter of shame,” he said.

He further added that the Bari Imam Urs has not been held for the past four years and the ancient remains of Loi Dandi are also fading away.

He concluded by stating that the government must guarantee the preservation and protection of our historical sites.

Weighed down: PM has a lot of catching up to do