Adults only: Juvenile justice system left by the wayside

Adults only: Juvenile justice system left by the wayside 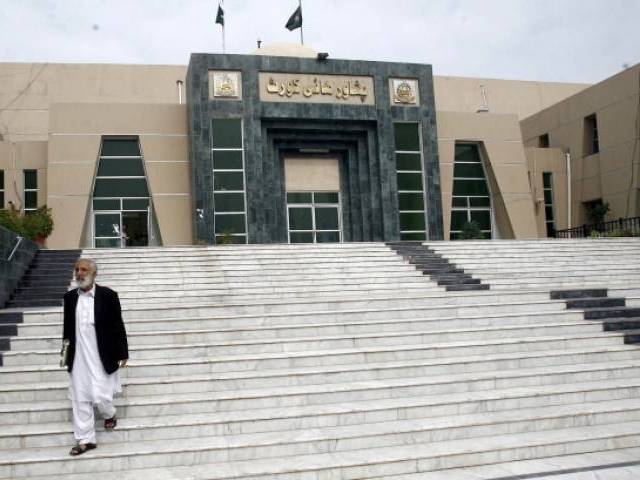 On taking cognisance of an offence, the Juvenile court shall decide the case within four months. PHOTO: PPI

PESHAWAR: On June 16, Imran Ghalji, a masquerading as a political muharrar in Kurram Agency, and his 10-year-old son handed themselves over to the police after CCTV footage showed them brandishing guns and firing in the air. The two were travelling in a car with fake government number plates when they got involved in an altercation with two bikers.

With a big car, the man posing as moharrar felt well within his rights to terrorise the two commuters. Perhaps more worrying is that his son, a Class-IV student, was also packing heat. However, most worrying was the fact that the Juvenile Justice System Ordinance (JJSO), 2000 was completely ignored when handling the highly-publicised affair.

The child and his father were arrested and produced in a court which sent them on a 14-day judicial remand. The police issued a press release about the ‘progress’ in the case and footage of the father and son appearing in the court was shown on television. Newspapers also gave full coverage to proceedings.

According to the JJSO, any offender under 18 is considered a child and will be treated by the police and a court of law accordingly.

Speaking to The Express Tribune, Advocate Jalaludin, who deals with such cases, said, “I saw the child in court and he was crying the whole time.”

He said, the child was not produced in a juvenile court as they do not exist despite the prevalence of the JJSO.

“The JJSO tells us that a child, soon after his arrest by the police, will be handed over to his guardian or a probation officer,” he said. “However, in this case, the boy was sent to jail. I would blame the state and the police.”

Arshad Mahmood, a child rights activist, told The Express Tribune under the recently enacted Criminal Laws (Amendment) Act, 2016, the age of criminal responsibility was raised to 10 years in Section 82 of the Pakistan Penal Code, 1860.

There is a need to implement the JJSO 2000 and the Criminal Law (Amendment) Act, 2016 in letter and spirit and create widespread awareness about these laws.

Imran Takkar, another rights activist, said a child cannot not be in prison as per JJSO as he or she needed to be sent to a borstals institute. However, the K-P government had failed to establish such a facility.

“It would be a building away from the prison,” he said. “Under the MMA government, such a structure was established in Bannu next to the jail of the district. However, it was never made functional.” He added it was unfortunate that this trial was given widespread publicity in the media.

“The provincial and federal governments ignored the presence of the JJSO and were not aware of it even 16 years after introduction of the legislation.”

According to Section 2(b) of the JJSO, a child is a person under the age of 18. Similarly as per section 2(a), a borstal institution is a place where a child offender may be detained and given education and training for their mental, moral and psychological development.

Under section 3(1) of the JJSO, every child, who is accused of an offence or is the victim, shall have the right to legal assistance at the expense of the state.

The provisional government shall, in consultation with the chief justice of [the relevant] high court, by notification in the official gazette, establish one or more juvenile courts within its jurisdiction

The high court may confer powers of juvenile courts to courts of sessions or a judicial magistrate of the first class. It can also appoint, from practicing advocates with at least seven years standing at the bar, presiding officers of juvenile courts with powers of a judicial Magistrate of the first class for the purpose of this ordinance on such terms and conditions as the high court may determine.

On taking cognisance of an offence, the Juvenile court shall decide the case within four months.

No joint trial of a child and adult person

(1) Notwithstanding anything contained in section 239 of the Code, or any other law for the time being in force, no child shall be charged with or tried for an offence together with an adult.

(2) If a child is charged with the commission of an offence under Section 239 of the code, or any other law for the time being in force, such a child cannot be tried together with an adult; the court taking cognizance of the offence shall direct a separate trial of the child by the juvenile court.

A juvenile court shall, unless provided otherwise in this ordinance, follow the procedure provided for in the code.

(1) A juvenile court shall not ordinarily take up any other case on a day when the case of a child accused is fixed for evidence.

(2) No person shall be present at any sitting of a juvenile court except:

Prohibition to public proceedings
of cases

(1) Unless the juvenile court specifically authorises, proceedings shall not be published in any newspapers, magazine or a journal in any form which may disclose the name, address, school or any identification or particulars that could directly or indirectly lead to identification nor shall any picture of the child be published.

Right before Eid: Demands for ready-made garments touch the skies