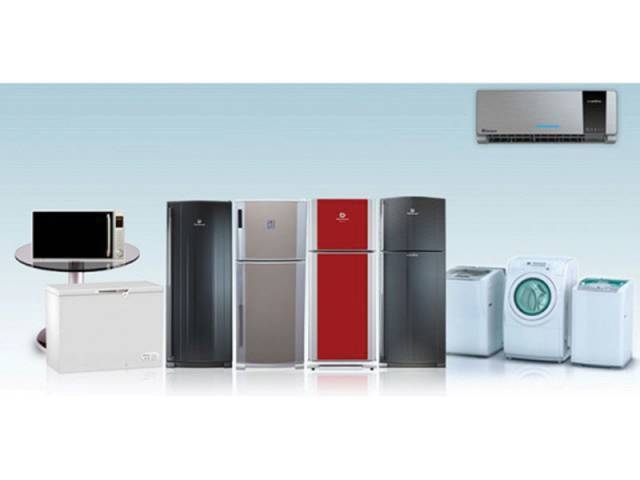 The new product aims to cut down energy usage and is part of the company’s initiative of designing products that help conserve energy. PHOTO: FILE

KARACHI: Turkish company Arcelik has said it is going to acquire Dawlance, a privately held Pakistani manufacturer of consumer durables, for $258 million.

The deal is likely to be closed by the end of 2016, as it requires approvals from competition authorities, purchase of minority stakes and transferring of land and buildings to the ownership of the company, it said.

When contacted by The Express Tribune, Dawlance General Manager for Sales and Marketing Hasan Jameel said he could neither confirm nor deny the deal.

Dawlance manufactures white goods – which are consumer durables like refrigerators, freezers, air conditioners, microwave ovens and washing machines – in three factories and sells them in local and foreign markets.

Dutch company to buy Engro Foods for around $460 million

Financial accounts of Dawlance are not public because of its private-limited status. However, according to the earnings details Dawlance has provided to Arcelik, it had revenues of $220.6 million in 2015. Similarly, its (adjusted) earnings before interest, tax, depreciation and amortization (EBITDA) amounted to $45 million (roughly Rs4.5 billion) last year. Its net debt amounted to $30 million at the end of 2015, according to Deutsche Bank.

Although Jameel refused to entertain any questions with regard to the sale of Dawlance, sources close to the sponsors of Dawlance say the company had been on the auction block for the last five years.

Majority shares of Dawlance are owned by Bashir Dawood. He is Hussain Dawood’s brother-in-law, a corporate titan who controls majority shareholdings in HUBCO, Engro and Dawood Hercules groups.

Sources say the owner of Dawlance wanted to permanently move abroad. His children have established careers in fine arts and interior designing in Europe and the Middle East and apparently have little interest in managing the family business.

There are four major players in Pakistan’s white goods market, namely Dawlance, PEL, Haier and Orient. Waves and Kenwood are relatively smaller players, albeit with significant shares in some segments of the durables market.

The microwaves segment is completely dominated by Dawlance in Pakistan with the company controlling about 70% market share, according to market sources.

Dawlance is also the single largest player in the refrigerator segment with up to 45% market share.

In air conditioners, however, Haier owns the largest market share (40%). Dawlance is a relatively small player in this segment with about one-tenth of the market share.

Dawlance boasts of having one of the widest dealers’ networks and after-sale networks in Pakistan. It has 37 branches in addition to 750-plus franchises across the country – a fact that distinguishes it from most of its competitors.

Dawlance operates through a complex web of subsidiaries in order to minimise its tax expense, inside sources say.

For example, a group company registered by the name of United Refrigeration Industries manufactures goods and then ‘sells’ to another subsidiary that either sells it onwards to local dealers or exports the durables.

Similarly, another company of the group by the name of Dawlance Real Estate owns a number of properties that are eventually rented out to other companies of the Dawlance group.

These roundabout transactions within the group companies help save dealers in terms of taxes, sources say, thus leaving the dealers with wider profit margins to pocket.