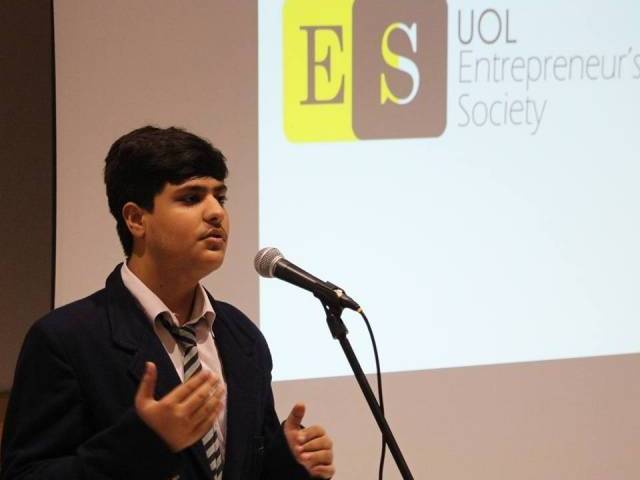 At the tender age of 14, most children see good grades in school as a big achievement. 14-year-old Muhammad Shahzad simply doesn’t conform to those lowly standards.

Setting the bar really high for his peers, this security researcher and ‘ethical’ hacker from Lahore only recently discovered that Google had inducted him into their hall of fame for highlighting several security vulnerabilities in one of Google’s acquisitions.

Despite his young age, this is the second occasion on which Shahzad has helped Google make its software more secure. “When I was 12, I found Android 4.4 Lock Bypass and Android had no VRP at that time so what I got was only an appreciation email”.

Google are currently working to patch up some vulnerabilities pointed out by Shahzad, after which he may receive a reward from Google. But this doesn’t concern Shahzad much. “Being able to represent Pakistan on a global stage, and to be listed with researchers double my age is enough of a reward in itself,” he says.

Apart from Google, Shahzad has also pointed out several vulnerabilities to Apple, for which he has been mentioned in their Hall of fame page twice.

When quizzed on how exactly a 14-year-old becomes so proficient at software security and hacking, Shahzad mentioned an incident from his childhood. “At a very young age I had an internet facility, and one day my father’s email account got hacked. That was the time when I heard the word ‘hack’ for the very first time. I promised my dad to bring that account back, I couldn’t do that but this was an excuse for me to get introduced to a whole new world”.

As an ‘ethical’ hacker, Shahzad finds weaknesses (vulnerabilities) in software programs and points them out to companies in order to ensure greater security. When asked about other computer-related fields, Shahzad said, “I’m good with Web applications and I’ve been doing some freelancing projects for PHP but, I realised that I should pursue what I love to do and keep doing that”.

Apart from being a whiz kid, Shahzad is a guitarist and a foodie. When asked what the future holds for him, he said his dream of doing an undergraduate from the Massachusetts Institute of Technology.

Shahzad thinks the country’s tech industry had a bright future, but current growth was sluggish. “Many startups are simply doing it to make money, instead of looking to bring about change in people’s lives,” he said.

He went on to add that incubators, such as Plan9 were doing good work but not offering enough guidance to entrepreneurs. And while one can’t be sure when Pakistan’s technology industry will finally pick up but it’s safe to say with youth like Shahzad, the future looks bright.

We’ll leave you with Shahzad’s parting advice: “Don’t go for money but instead go for learning first, as money could buy a bed, but it won’t buy sleep.” I would listen to him if I were you.