Last year, the parent­s were senten­ced by a lower court for refusi­ng to allow their daught­ers go to school
By AFP
Published: June 30, 2016
Tweet Email 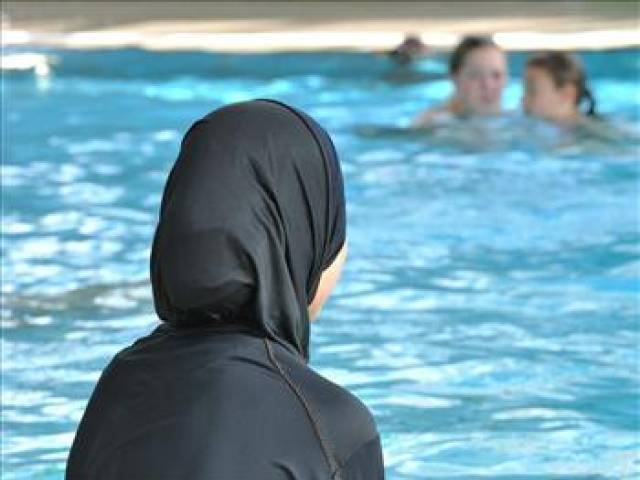 GENEVA: A Muslim father was fined in Switzerland Wednesday for refusing to allow his daughters to take swimming lessons at school, in the latest case exposing the challenges of integration in the Alpine country.

He had also refused to allow his daughters to go to camps and other school events, insisting they ran counter to his religious beliefs.

The Altstaetten district court in the northeastern Swiss canton of St. Gallen found the father guilty of among other things violating the law on obligatory schooling and of disobeying previous orders by the authorities, ATS reported

The court reached its verdict after the father appealed a previous ruling faulting him last December.

The prosecutor had requested that the man be sentenced to four months behind bars, in addition to a fine, maintaining that the Bosnian national who has been living in Switzerland since 1990 had resisted integration and had no respect for Swiss legislation.

The family has reportedly been in conflict with the local authorities for years.

Last year, the parents were sentenced by a lower court for refusing to allow their daughters go to school unless they were permitted to wear a hijab.

But the country’s highest court overturned that verdict, ruling that the eldest girl should be allowed to wear the veil to school in the name of freedom of religion.

Last month, the norther Swiss canton of Basel country reversed one middle school’s controversial decision to grant exemptions for two Muslim pupils unwilling to shake hands with teachers of the opposite sex, and threated hefty fines for those who refused to toe the line.

Credit and blame for 27kg heroin bust on PIA flight