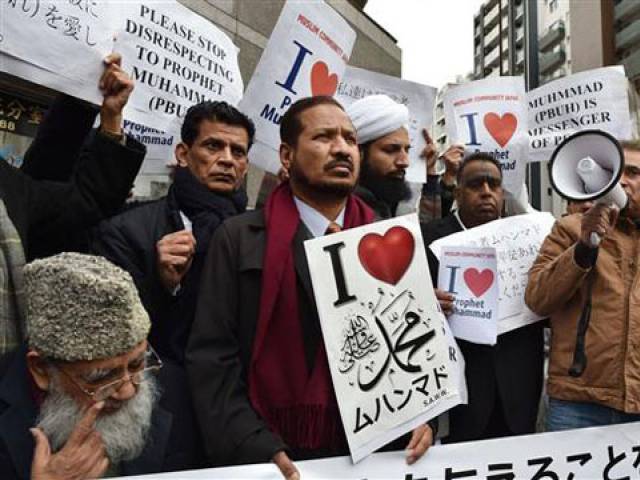 Police in the capital had also been surveilling places of worship, halal restaurants, and "Islam-related" organisations. PHOTO: AFP

Japan’s Supreme Court has approved the government’s blanket surveillance of Muslims in the country.

The country’s top court struck down a second appeal by Japanese Muslim plaintiffs against what they perceive an unconstitutional invasion of their privacy and freedom of religion. Mohamed Fujita, whose name has been changed to protect his identity is one of the 17 plaintiffs in a lawsuit that challenged extensive monitoring of Japan’s Muslims, Al Jazeera reported.

Fujita and the other plaintiffs sued the government following a 2010 leak of 114 police files revealed nationwide surveillance of Muslims in the country. The files revealed that Muslim places of worship, halal restaurants and Islam-related organisations across Japan’s capital, Tokyo, were being monitored.

The plaintiffs hoped the courts would deem the police practices illegal. However, after two appeals, the Supreme Court dismissed the case on May 31. The justices agreed with a lower court that the plaintiffs deserved a total of ¥90 million ($880,000) in compensation because the leak violated their privacy. The court, however, did not interject on the police profiling or surveillance practices, which a lower court ruling upheld as “necessary and inevitable” against the threat of international terrorism.

“We were told we don’t have a constitutional case,” says Junko Hayashi, a lawyer for the plaintiffs. “We’re still trying to figure out, how is it not constitutional?”

During a United Nations human rights committee hearing on the matter in 2014, an official from the National Police Agency said “details of information gathering activities to prevent future terrorism could not be disclosed”, but that “police collected information according to the law”, UN records show.

The leaked files alarmingly included resumé-like pages citing a host of personal information, including the individual’s name, physical description, personal relationships as well as the mosque they attended, along with a section titled “suspicions.”

The files further showed that by 2008 at least 72,000 residents from Organisation of Islamic Conference countries had been profiled, including about 1,600 public school students in and around Tokyo.

Within a few weeks of the leak, the data had been downloaded from a file-sharing website more than 10,000 times in over 20 countries.

According to Hiroshi Miyashita, a law professor at Chuo University who’s an expert on privacy issues, the lawsuit was the first major legal case in Japan to highlight mass surveillance. However, a state secrets law that came into force in 2014 would shield the issue from public and judicial scrutiny. “Even judges cannot access information” about police practices under the new law, he added.

The Tokyo Metropolitan Police and the National Police Agency refused to comment on the court decision, and would not confirm whether they continue to profile and monitor Japan’s Muslim community.