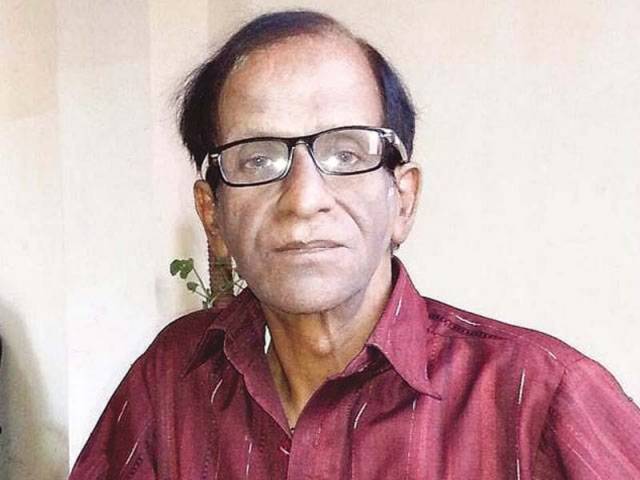 Naseer bhai passed away at a Lahore hospital on Sunday. PHOTO: FILE

LAHORE: Muhammad Naseer or Naseer bhai, the man who knew all Indian and Pakistani songs produced between 1950 and 1980, is no more. The 61-year-old veritable film encyclopedia passed away at a Lahore hospital on Sunday, leaving behind thousands of mourners who had come to admire him after his TV stint with Express News anchor Aftab Iqbal and his team.

He not only knew the words to the songs by heart, he also remembered the names of films that the songs belonged to; their actors, poets, writers, directors, producers and the release dates as well. Throughout his association with Khabardar, seldom did it happen that he failed to rightly guess a song during the famous segment called ‘Naseer bhai’s Challenge’.

While the whereabouts of his immediate family are not known, Naseer bhai’s friend Tariq Butt used to accompany him everywhere. Butt said the deceased was a patient of hepatitis C and diabetes. “He was living with his relatives and used to worry little about his health,” he said, adding, “For the past one week he was at the hospital.” Butt said Naseer bhai lived an austere life and died the same way.

In an earlier interview with The Express Tribune, Naseer bhai had recalled how he worked as a song recorder for nearly four decades. “I was young back then and my memory was quite sharp,” he had said.

Unsurprisingly, many customers used to flock to Naseer bhai’s music shop daily and the running business helped keep up his habit of constantly committing the songs to memory, along with their respective details. A resident of Yaki Gate in Lahore, Naseer bhai received formal education up till eighth grade and never imagined being part of the showbiz industry. “The host of Khabardaar found me about five years ago and gave me the opportunity to work on the show — something I am immensely grateful for,” he had said.

“I am a simple man and due to the recognition I have received, people now know me around the world and request to have their pictures taken with me too. I can openly challenge, no one possesses the memory and talent I have with regards to knowing music.”

During the 80s when cinema in the country took a major hit, thanks to General Zia’s policies, Naseer bhai stopped caring about films. “I never memorised songs that came during and after that decade,” he had said.

Khabardar panelist and comedian Agha Majid said Naseer bhai was a humble man who never spoke evil against anyone. “He knew so much about film music. It was unbelievable. His death is a huge loss for us,” he said, adding, “I do not recall him arguing with anyone or talking back throughout my association with the show.”

Welcome to the Jungle: From DC universe to monkey business