Brexit: a call for xenophobia and neo-nationalism 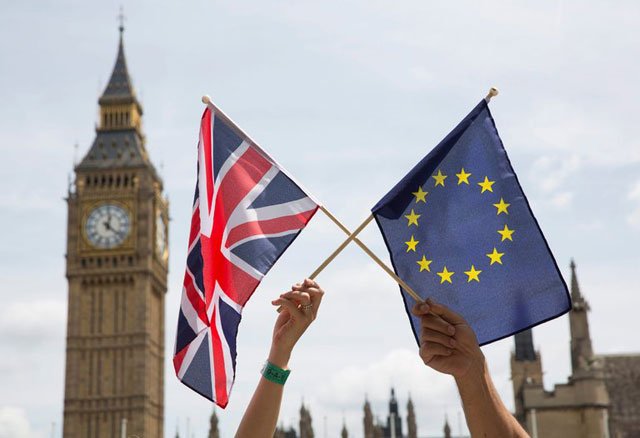 Brexit came as a surprise to the world. The neo-nationalists won, receiving about 52% of the votes, while London, Scotland and Northern Ireland backed Bremain, raising fresh political woes. Their leaders seemingly glorified the consequences of leaving the European Union (EU) instead of putting them pragmatically.

Politically speaking, the former superpower has never faced such a stark divide within leading political parties at home. In fact, the Brexit even stunned some of its supporters once the financial impact started emerging. For example, bearish trends rattled the UK stock exchanges on Friday. The stocks closed at the lowest since 1985 and the Euro received severe beating, making money managers’ worst nightmare a reality. On the other hand, satirical banners welcoming economic refugees from England sprung across Spain, France and Germany.

Now, over the next few months, it is to be seen if the UK can maintain its status as the world’s fifth largest economy as EU happens to be its largest trading partner.

Within the nation, the Brexit is more about politics than economy. The Brexit voters won on the basis of the bold rhetoric of massive influx of Muslims from Syria and Turkey than a solid blue print for post-referendum scenario.

To Brexit or Regrexit? A dis-United Kingdom ponders turmoil of EU divorce

For the three million Muslim citizens of the kingdom, the choice was not easy. They were split between both sides of the argument. More prominent being the opponents of Brexit, such as Sadiq Khan the mayor of London, while the divided, especially Arabs and Pakistanis, backed the status quo.

In the times of Euro-scepticism, movements of anti-EU, anti-Muslim, anti-immigrant, anti-Semitic and anti-refugee have been receiving unprecedented traction. Besides, the economic failure of countries such as Greece and anti-refugee sentiment against Syrians, Kurds and Libyans infused greater solidarity amongst the xenophobic isolationists. On June 24, they won the argument and thus shut the door of UK’s longstanding traditions of inclusion and diversity.

Moreover, the existing divide within main political parties and high morale of those such as the UK Independent Party is also worrisome for the future of the multi-cultural, multi-religious country. Early signs show even the Brexit supporters, such as Nigel Farage, cannot rest on their laurels as their campaign was based on scaremongering and exaggerated outcomes. No one anticipated the pound would hit seabed within hours of the results.

Opting for the right tactics

The unprecedented popular decision, however, still leaves some prospects for moderation, thanks to the cumbersome two-year long negotiation process. Besides, with 1.2 million Brits working in EU member-states against three million non-British EU citizens employed in the UK, London may like to save the deal on freedom of movement clause.

US voices Brexit regret as Kerry heads to London

Nonetheless, the sentiments of concern and panic are more evident amongst non-European immigrants, fearing a spike in racism as a spin-off. The xenophobic side of the debate shocked the world when Jo Cox, a young Bremain campaigner and member of the European parliament, was murdered. Considering UK has no written constitution safeguarding citizens, particularly minority’s rights, a future far-right government needs a simple majority vote from the European Court of Human Right (ECHR). Then, the enacting laws of choice in the backdrop of neo-nationalism and Islamophobia.

So far the ECHR has been a great blessing for the people of member states, from Britain to Turkey, as well as for the rights of workers in the EU.

It is, however, too early to say who would these Englishmen blame for UK’s problems and failures in the future. Given the country’s geographic location and economic profile, self-sufficiency is not such an innocuous reason. For that matter, Scotland and Northern Ireland may choose the EU over England sooner or later.

The blunder committed on Friday will reinforce divisive trends in Europe. With the rise of bronze Stalin in America, hate politics could not have found a better ally than the self-centric, neo-nationalist English leaders. Trumps victory or defeat becomes irrelevant as for what he represents is synced with loud argument seconded by the UK and embraced across the continental Europe.

Luckily, the vote itself only heralds the beginning of negotiation process with Brussels. Much depends on the ground realities that will take place in October when David Cameron leaves 10 Downing Street, and who becomes his successor as the chief executive.

Naveed Ahmad is a Pakistani investigative journalist and academic with extensive reporting experience in the Middle East and North Africa. He is based in Doha and Istanbul. He tweets @naveed360. 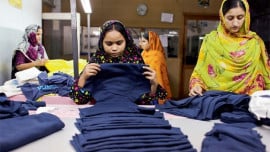 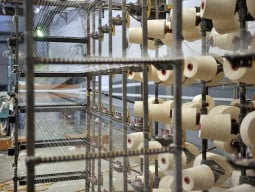 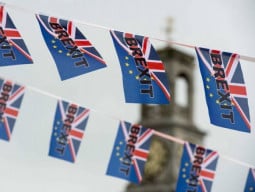 US voices Brexit regret as Kerry heads to London

Another Indian | 4 years ago | Reply Hows protecting one's national interests xenopobic? These so-called refugees should try to fix their countries rather than wanting free rides from the West, which Europeans worked hard for centuries to build. Just because the refugees are Muslims, doesn't mean British are xenophobic. Its just that they had enough of immigrants taking free rides.
curious2 | 4 years ago | Reply Controlling your borders isn't xenophobic or no-nationalism. Controlling borders is something that most responsible countries strive to do. Also - author focus on Syrian/Syrian Muslim immigrants is a distraction - the real issue immigration issue was Eastern European EU members who's own economies provided meager wages so they were perceived as flooding to the UK.
Replying to X
Saved ! Your comment will be displayed after the approval.
Error !
Error! Invalid Email.