The motorb­oat was travel­ling from Biak island to nearby Numfor island Sunday when it overtu­rned, says offici­al
By AFP
Published: June 27, 2016
Tweet Email 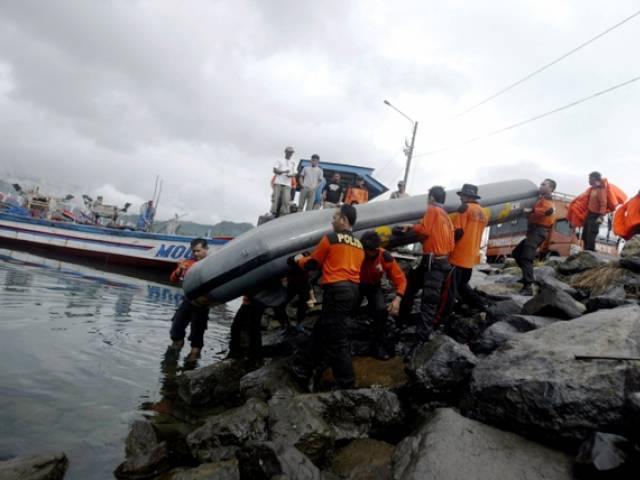 Members of a search and rescue team prepare to look for victims of a shinking boat in Watulimo on December 19, 2011. PHOTO: AFP

JAKARTA: Twelve people are missing after a boat capsized in stormy weather off Indonesia’s easternmost province of Papua, an official said Monday.

The motorboat was travelling from Biak island to nearby Numfor island Sunday when it overturned, search and rescue official Albert Wenno told AFP.

“We believe the ship was hit by high waves due to the extreme weather,” he said.

Indonesia says 44 migrants must sail on after being resupplied

There were six crew members and seven passengers on the boat when the accident happened.

One of those on board managed to swim to shore and is tired but in good health, said Wenno.

The boat was also carrying a shipment of rice to be distributed to people on remote Numfor, which lies north of the Papuan mainland.

The vessel was not far from Numfor when it capsized and rescuers are focusing their search around the island.

Indonesia’s 255 million people are spread across more than 17,000 islands and are heavily dependent on boats for transport, but the country has a poor maritime safety record.