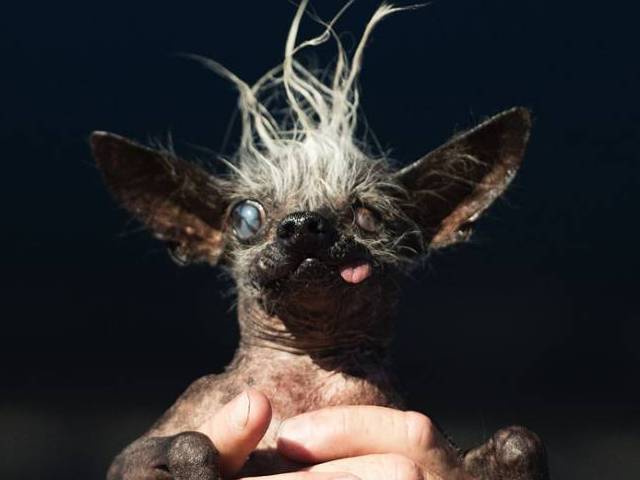 A blind Chihuahua-Chinese Crested mix has been crowned the World’s Ugliest Dog, beating 16 other contestants in an annual California-based pageant.

Sweepee Rambo, a 17-year-old dog from Encino, California, walked a red carpet and paraded on stage, as it was introduced to the audience.

Some of the other dogs in the show included Zsa-Zsa, a seven-year-old English bulldog rescued from a puppy mill, and Himisaboo, a half-dachshund with a Donald Trump hairstyle.

The World’s Ugliest Dog competition, now in its 28th year, is held at the Sonoma-Marin Fairgrounds in Petaluma, California, about 60 kilometres north of San Francisco.

The canine competitors, many of whom have been rescued from shelters and puppy mills, are scored by a panel of judges on first impression, unusual attributes, natural ugliness and personality.

The level of cheers a dog receives from the audience while strutting down the catwalk is also taken into account.