A rumour circul­ated online that Nando's will pack up and leave if Britai­n voted to leave the EU
By News Desk
Published: June 26, 2016
Tweet Email 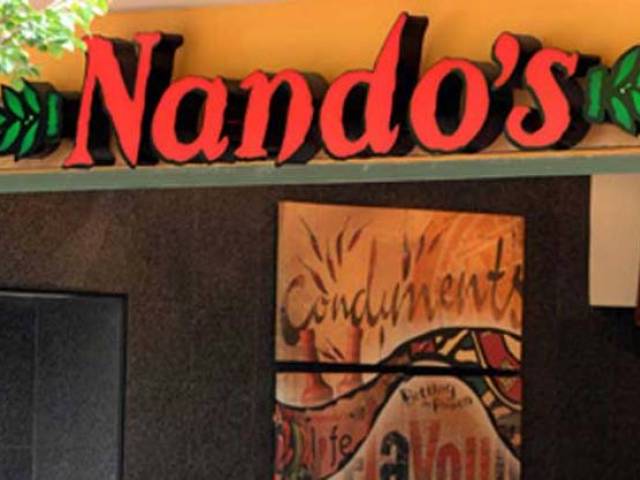 A rumour circulated online that Nando's will pack up and leave if Britain voted to leave the EU PHOTO: REUTERS

The ‘Leave’ vote shocked a lot of people in the UK and the rest of the world, with many fearing an imminent economic crash post-Brexit.

So, when a rumour circulated online, a day before the historic vote, that Nando’s will pack up and leave if Britain voted to leave the EU, it was as if people’s worst fears had suddenly come true.

These hilarious tweets are the only funny thing about #Brexit

When the shock vote was announced on Friday, fans of the eatery famous for its spicy peri-peri sauce, couldn’t handle it and took to Twitter to mourn the seemingly inevitable withdrawal of Nando’s.

Breaking news: nandos will not shut down @NandosUK @NandosAUS @NandosIRE you won't do that to us right?

Just heard nandos are meant to be closing all restaurants in UK coz were no in the EU, honestly might cry

No nandos, no magic stars and no money

If nandos leaves, I leave

Nandos is getting shut down? THATS IT IM DOING A RIOT TOMORROW

Nandos isn't shutting down?.
I'm not gonna let the government take my chicken too!

really hope this a lie about closing nandos, i'm one away from a whole chicken

The rumour actually began when someone posted a satirical blog claiming a Nando’s spokesperson had said every imported chicken would need a passport if Britain voted ‘Leave’.

To be clear, Nando’s is actually a South African company, not a Portuguese one as most mistakenly think due to its Afro-Portuguese inspired food. This means it remains unaffected by the UK choosing to leave EU.

Soon after the rumour began doing the rounds on social media, Nando’s officially put an end to the speculations.

Right, let's put these rumours to bed. We are definitely staying in the UK!

@James_Yammouni no chance. The U.K. might #Brexit but we'll PERimain

Fans soon tweeted their relief at the news.

Panic over nandos is stayin pic.twitter.com/FCZG8NsfBa

UPDATE !! Just rang nandos and it was just a rumour xx

US base worker held for drink-driving on Japan’s Okinawa