Woman who lost her life in roof collap­se incide­nt among deceas­ed
By Our Correspondent
Published: June 25, 2016
Tweet Email 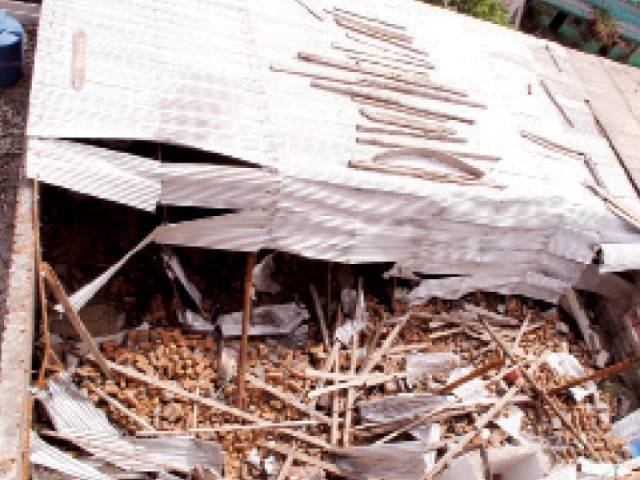 Woman who lost her life in roof collapse incident among deceased. PHOTO: FILE

SWABI: At least six people died while seven others were injured in separate incidents in Swabi on Saturday.

In the first incident, a woman died when the roof of a house collapsed in Tordher, Swabi. A police official told The Express Tribune Faiz Muhammad and his family were sleeping at their house when the roof collapsed.

As a result, his wife died while three others were injured. They were rushed to the hospital.

Separately, a woman lost her life and two others were injured when a car hit an electricity pylon in Zaida. The injured were immediately shifted to the hospital and are in critical condition.

In another incident, two people were killed when their motorbikes collided in Bamkhel village. According to the police, two passers-by were also injured during the incident.

However, the identity of the deceased has yet to be ascertained.

In another incident, a man was killed when unidentified gunmen opened fire on him near Indus River. The police have registered a case and started investigation.

Minorities’ issues: ‘Construction will not be allowed in place of gurdwaras’