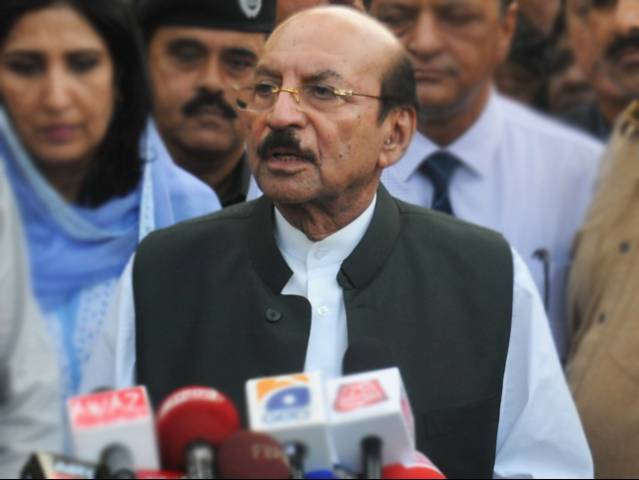 In a rather unfortunate slip of tongue, Sindh Chief Minister Qaim Ali Shah drew a blank while speaking about Amjad Sabri, calling him Junaid instead, before the Sindh Assembly.

During an assembly session on Saturday, Shah said that the “internationally acclaimed artist Junaid’s killers” would be caught. The renowned Qawwal was shot dead on Wednesday in Karachi, leaving an entire nation stunned.

Who will replace Qaim Ali Shah as PPP chief for Sindh?

A video of Shah’s faux pas showed him struggling to remember Sabri’s, name which received a few chuckles in the assembly. The video also shows Pakistan Peoples Party leader Khursheed Shah trying to hold back a smile following Shah’s mistake.

The Sindh chief minister apparently has a penchant for mistakes, as on many other occasions he has been seen quoting wrong numerical figures and making up names.

Eid likely to be on July 6: Met dept