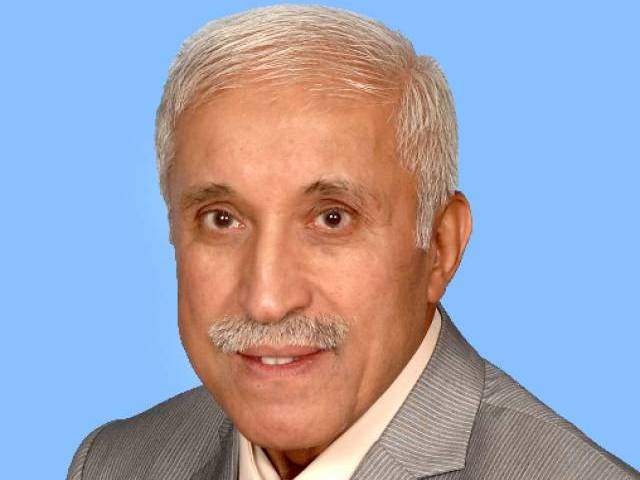 ISLAMABAD: The chairman of a vital National Assembly panel, Qaiser Ahmad Sheikh, has been accused of misusing his public office to get concession for his business in the just approved budget.

In a complaint lodged with Finance Minister Ishaq Dar, Nimir Chemical Industrial Limited – the sole manufacturer of phthalic anhydride petrochemical – has protested against the government’s decision of reducing customs duty from 16% to 11% on import of the chemical. The chemical is used as raw material in paint, plasticisers and button industries.

The manufacturer has accused the chairman of NA Standing Committee on Finance and Revenue, Qaiser Ahmad Sheikh, of misusing his public office for getting the relief.

However, Sheikh, who was elected MNA on a PML-N ticket, denies the allegation. He said Nimir Chemical was enjoying undue protection and abusing its dominant position at the expense of hundreds of users of the chemical.

“I am not the sole beneficiary as the reduction in customs duty will benefit hundreds of industries that use phthalic anhydride as raw material,” said Sheikh.

He said the Sindh Industrial and Trading Estate (SITE) had recommended the standing committee to reduce the customs duty on the chemical import.

Asad Nisar, Chairman of the SITE Tax Committee, acknowledged that his body had sought the reduction in customs duty.

The government brought the change in the duty structure at the eleventh hour on June 22 as the duty reduction was not part of the finance bill that Dar unveiled on June 3 in the lower house of parliament.

The installed capacity of the sole phthalic anhydride plant is 28,000 tons per annum whereas the overall market demand in Pakistan is 18,000 tons, according to Chief Financial Officer of Nimir Chemical.

The company said its breakeven point was 16,500 tons per annum and its financial viability would go down in proportionate with the volume of imports.

It feared the approximate one-third reduction in the duty would lead to further dumping of Russian, Iranian, South Korean and Indian products. The duty cut was aimed at giving benefit to “one individual”, it said.

“The duty has been reduced on the irrational and self-motivated vested interest of some influential element present in the finance committee without taking the local phthalic anhydride industry into confidence,” the company wrote to the finance minister.

Nimir Chemical warned that the decision would force the company to wind up its operations. International giants such as IGPL, India having installed capacity of over 160,000 tons per annum had an edge over the Pakistani company due to economies of scale and export rebates, it said.

Iqbal Qidwai, Secretary of the Pakistan Chemical Manufacturers Association, said the FBR did not consult the association before lowering the duty.

It was considered necessary to rationalise the tariff in order to provide a more reasonable tariff spread amongst all items in the chain starting from ortho xylene to phthalic anhydride and di-octyl phthalate, said the FBR.