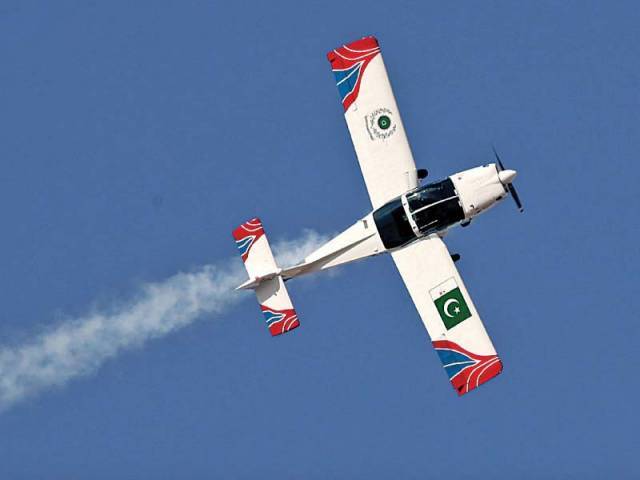 ISLAMABAD: Pakistan on Thursday achieved another landmark in the defence production sector, when Pakistan Aeronautical Complex (PAC) and Qatar Emiri Air Force signed an agreement for supply of Super Mushshak Aircraft to the brotherly nation.

Earlier this year, Pakistan’s JF-17 got vast exposure in an air show held at the Menara Air Force base in Morocco.

Some 56 countries are participating in the air show with forty air chiefs attending, mostly from Africa and the Middle East, offering Pakistan’s JF-17 enormous exposure in the African continent for the first time.

This was the first presentation by the team in Africa and was arranged by the Embassy of Pakistan, Rabat.

The JF-17 team is visiting Morocco on the invitation of Pakistan’s ambassador to Morocco Nadir Chaudhri.

Talking to the media, Ambassador Nadir Chaudhri said the JF-17 project was initiated by Prime Minister Nawaz Sharif and it is his priority that it is showcased around the world. “This project is the pride of Pakistan” he added.

AVM Malik paid rich tributes to the ambassador for inviting the PAC team to Morocco.