Gen Raheel had stoppe­d over in Prague after comple­ting a two-day tour of German­y
By APP
Published: June 23, 2016
Tweet Email 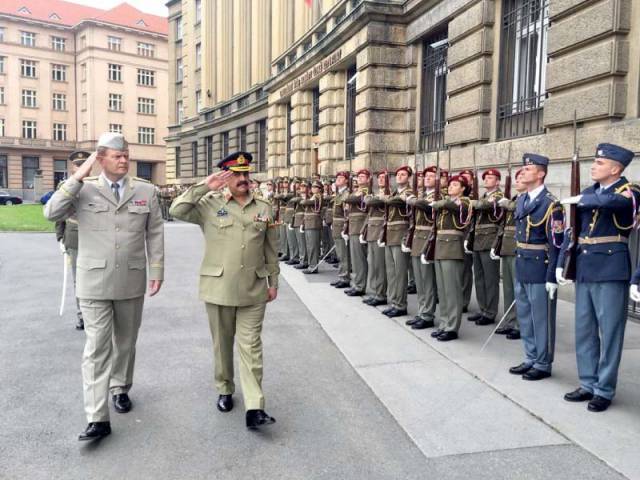 RAWALPINDI: The Czech Republic has expressed an interest in Pakistan Army training its officers.

This was expressed in a meeting between Chief of Army Staff General Raheel Sharif and senior Czech government and military leaders.

Gen Raheel Sharif landed in Prague on Wednesday on a day-long visit of the Czech Republic.

“Issues of mutual interest, military-to-military [relations] and defence cooperation were discussed,” Lt Gen Bajwa said. Both the Czech CGS and deputy defence minister expressed special interest in training of their officers by the Pakistan Army.

Gen Raheel had stopped over in Prague after completing a two-day tour of Germany. The visits follow similar visits to Pakistan by the Czech CGS earlier in 2016.