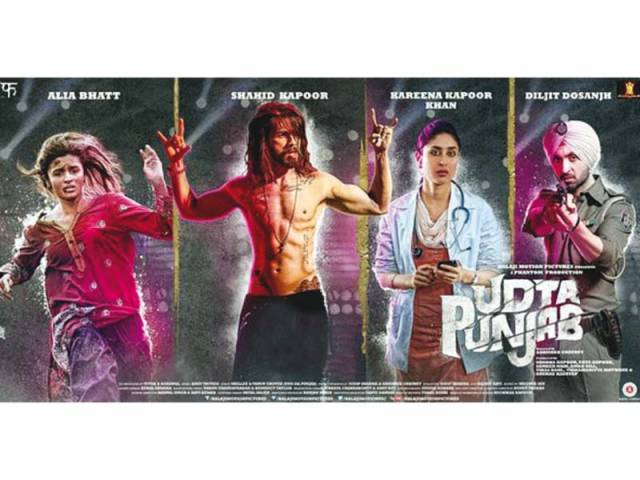 KARACHI: Having emerged victorious from a legal battle against the Central Board of Film Certification in India, Udta Punjab had its victory lap cut short after Pakistani censor boards refused to give it a green light for release.

Even though distributors had requested an A (Adult) rating, the SBFC decided against it. “If there were a few swear words in the movie we would have let it pass and issued it an A rating,” explained Alam. “But the problem is that not only is the language excessively crude but the number of sightings is very high [116] which is against our censor code.” Rather than ordering excisions of all of these scenes, the SBFC suggested that the words and phrases are either beeped or muted to ensure that the end product is not affected in a drastic manner.

Alam further clarified that this sort of treatment has been meted out to multiple English films in the past. Interestingly, where the SBFC has had a more lenient approach to Udta Punjab, the film did not receive the same treatment from the CBFC full board. CBFC Chairman Mobasher Hasan said that following a viewing by the 10- member panel, the censor board had also recommended multiple excisions from the movie. “Not only did we suggest muting abusive language, we also asked them to cut two scenes that we felt were anti-Pakistan,” elaborated Hasan. Describing this as a unanimous decision by the full board, he added that the CBFC was yet to issue the distributors a censor certificate.

Reports had emerged about Udta Punjab being screened at certain cinemas in Gujranwala without the board’s approval. A representative of the film’s Pakistani distributors, HKC Entertainment, assured that the rumours were baseless.