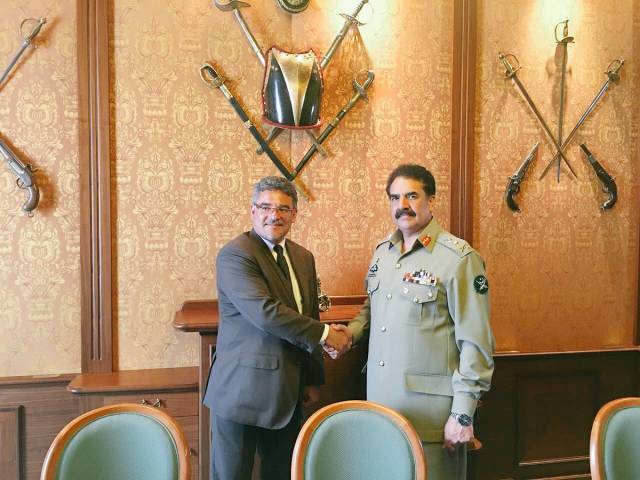 Chief of the General Staff and Defence Minister of Czech Republic expressed on Wednesday their interest for training of their country’s troops by Pakistan Army, Inter-Services Public Relations (ISPR) said in a statement.

Chief of Army Staff General Army Raheel Sharif arrived in Prague on a day-long visit where he met the two top officials from the republic.

During the meeting, topics of mutual interests, military-to-military relations and defence cooperation came under discussions.

The army chief was also presented the guard of honour by the Czech troops, the military’s media wing ISPR said.

On June 20, Gen Raheel had discussed military-to-military ties as well as security cooperation with his German counterpart and the defence minister.

According to ISPR, the top army chiefs met at the “historic Ministry of Defence” in Berlin, where General Raheel was also given a guard of honour.

The army chief was in Germany on a two-day official visit.