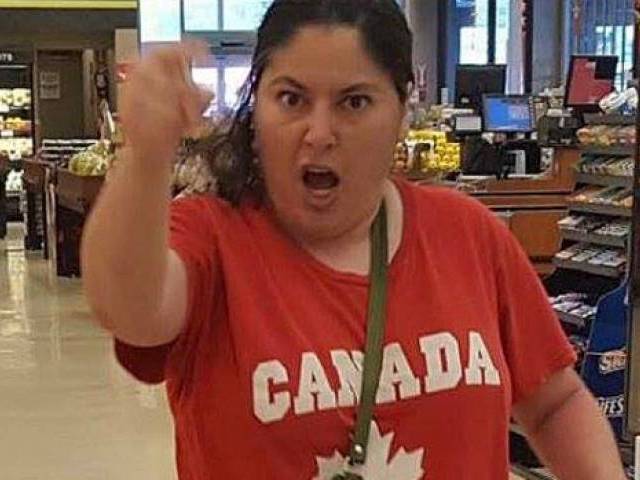 A Muslim woman shopping with her four-month-old son was attacked in a supermarket in Ontario Canada on Monday, according to police. PHOTO: London Police Service

A Muslim woman, shopping with her four-month-old son, was attacked in a supermarket in Canada on Monday, according to police.

The woman was shopping at Superking Supermarket in Ontario, when another woman started yelling at her.

Murdered UK MP was working on report about anti-Muslim violence

The 40-year-old woman then allegedly spat on the victim, punched her several times and pulled at the victim’s hijab and hair before leaving the store, according to police. The victim sustained minor injuries.

Following the incident, police are searching for a woman with black hair, who stands five feet five inches tall. The suspect spoke with a “heavy accent,” but is not yet clear which language she was speaking.

Muslim groups have condemned the Islamophobic attack. Saleha Khan of the National Council of Canadian Muslims says the series of racially-charged events over the last few months has created a lack of trust among Muslim residents.

“I’m tired, I’m exhausted. I am hurt and I’m disappointed,” Khan said. “Part of me doesn’t want to give up hope, because if I give up hope, I’ll probably curl up and never want to come out in public. You just sort of buckle down and say, OK, I’ve got more work to do now.”

Police were alerted about the grocery store assault by a spell of tweets posted by someone claiming to be related to the alleged victim on Monday, who eventually called police.

@itsmoeali Sorry to hear this. Was it reported to @lpsmediaoffice? If anyone is able to ID her, please call 519-661-5670…or @LEMCStoppers

“We would like to find out ourselves what…the motive was. After that, then we will continue with the investigation,” Bough said. “It’s definitely very concerning for anyone to be assaulted for no apparent reason. It’s something we need to get to the bottom of,” Bough added.

This article originally appeared on CBC.