NAP took off on a positi­ve note but with the passag­e of time, it lost steam and zeroed down to relian­ce on hard power
By Imtiaz Gul
Published: June 21, 2016
Tweet Email 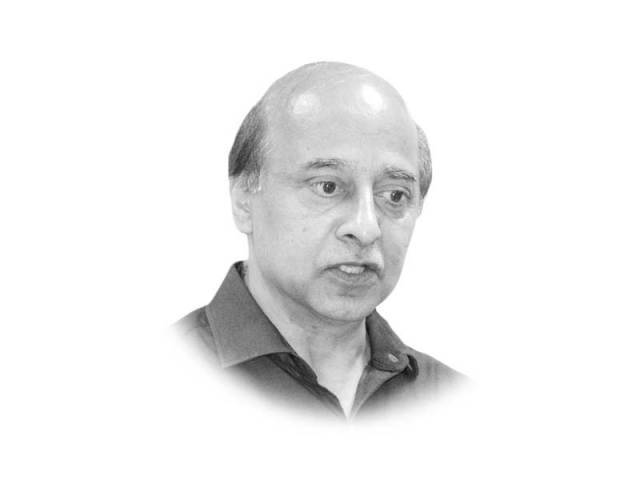 A consultation that a national counter-terrorism outfit held to prepare for a conference on policy recommendations to the government exemplified the crisis of intellectual poverty, conceptual confusion and bankruptcy of political vision within our ruling and governance structures. This also reflected how political expedience prompts state institutions and their guardians to compromise citizens’ constitutional rights. The inability to delineate governance and security through globally practiced Glgood governance/rule of law norms also underscore limitations and the quality of analysis on critical issues in the country.

The National Action Plan (NAP), for instance, had taken off on an extremely positive note in January 2015 but with the passage of time, it lost steam and zeroed down to reliance on hard power i.e., military and police actions instead of carving a path nestled in the state’s soft power. Unfortunately, governmental inaction, lack of resolve for indiscriminate action against criminals and terrorists as well as disregard for commitments contained in the NAP — naively projected as a counter-terrorism (CT) roadmap — have rendered this set of 20 points into a joke.

This became obvious during the CT consultation as well. As pointed out only by a couple of the two dozen or so participants, the entire focus of this consultation seemed to draw on borrowed Western terminology such as “building community resilience” or a “counter-narrative anchored in Islam”. Not a single of the six Terms of Reference (ToR) referred to the much-needed rule of law paradigm. Most of the talk sounded like confused rambling without any clarity on concepts such as CT, countering violent extremism (CVE), de-radicalisation and the national narrative. Officials seem to be still grappling with the concept of a narrative or national narrative. They continue parroting on the need for a “national narrative”, not realising that narratives reflect the intent and action by a state and society on a particular issue. You don’t cook narratives. The intent against terrorists/extremists can automatically translate into a narrative if authorities take conclusive action against violators of the NAP or the Anti-Terror Act 1997. Only when citizens see action being taken against violators and the ruling elite being subjected to law without any favour, will they start trusting state institutions. This trust can eventually fill them with a sense of ownership of the system. And once this happens, their resilience i.e., the will to survive and the readiness to help the state in fighting crime and terror grows stronger.

Most officials appear unable to articulate and distinguish whether Pakistan faces religious militancy, religious extremism or a combination of both or is the crisis of security a manifestation of externally-driven terrorism? No wonder that most parliamentarians and academics of conflict studies miserably failed when asked in a recent survey whether they knew of the NAP and if they could identify and comment on a couple of its points.

What has, for example, happened to the seventh point of thr NAP (ensuring   that proscribed organisations do not re-emerge)? We keep seeing public rallies and open marches and statements by leaders of banned groups making a mockery of the NAP resolve. Similarly, the tenth point (registration and regulation of madrassas), too, is begging answers amid a litany of lies and half-truths by officials. Where is the madrassa curricula reform or the oversight mechanism needed to check: a) hate speech; and b) source of financing of madrassas. Does the state really have the will and the capacity at all to perform these functions in a society where corruption infests governance structures as well as the judicial system, and even a person like Ayan Ali (caught with half a million dollars in cash) can literally go scot free?

The fifth point of the NAP talks of “countering hate speech material” and point 18 relates to “dealing firmly with sectarian terrorists”. These two still represent huge enforcement challenges if one glances at the media discourse these days. There is little considered official response to the kind of illogical, at times misleading, fables that are currently resonating in the national media. As a whole, the country’s ruling elite, including the bureaucracy, need to stop thinking in terms of stereotypes and rely more on indigenous ways of dealing with conflict and crime than on borrowed recipes. More than anything else, the counterterror and counter-radicalisation drive requires strict enforcement of existing laws. The ruling elite can turn this into a success if they start leading by example i.e., subjecting themselves to the rule of law. That is the only way to outsmart, neutralise and diminish the influence of non-state actors.